After months of talks, the CDU, its sister party the CSU, and the SPD – roughly centre-right and centre-left parties, respectively – came to an agreement last Wednesday that paves the way for them to govern Germany in a grand coalition. But what does it mean for pensions policy in Europe’s largest economy?

The coalition agreement that looks set to form the basis of Germany’s new government does not mention occupational pensions outright, but the national association for the sector still sees it being in play.

In the 177-page draft agreement, a section on pensions expresses the parties’ commitment to the three-pillar pension system, and their desire to further develop private pensions.

The agreement is only a draft as it is subject to a vote by the SPD’s members – the final result is expected by 4 March, according to local reports. Assuming the coalition goes ahead, it would be a continuation of the constellation that was in power in the previous legislative period, although key changes are to take place. The finance ministry, for example, is due to be led by the SPD for the first time in nine years, with the mayor of Hamburg, Olaf Scholz, slated to succeed the CDU’s Wolfgang Schäuble.

Andrea Nahles, meanwhile, could be nominated the new head of the SPD later today following a meeting of the party’s leadership, although opposition to this is mounting, according to German media reports. As minister for labour and social affairs, Nahles played a key role in steering Germany’s major pension reform – the Betriebsrentenstärkungsgesetz (BRSG) – through to completion. 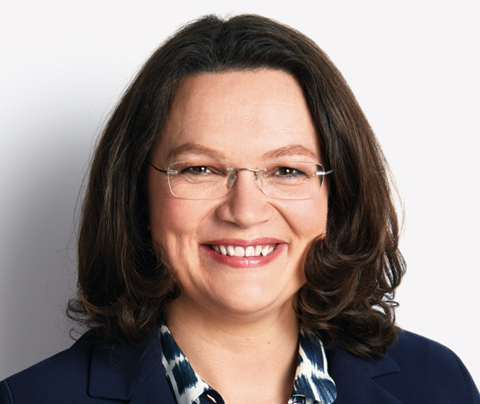 The BRSG was passed in the lower house of parliament in June last year, and entered into effect last month.

The protracted negotiations to form a new government since then are good grounds to be relieved that the BRSG was passed before the end of the last parliamentary term, says Klaus Stiefermann, managing director at aba, Germany’s occupational pension fund association.

“You don’t want to imagine the law not having made it through the process before the end of the last legislative period, and things now being up in the air because we didn’t know how the political situation would continue,” he says.

Pension promises from the ‘grand coalition’

The coalition partners have promised to develop an attractive, standardised ‘Riester’ product as quickly as possible, in dialogue with the insurance industry. The Riester is a state-subsidised private pension saving product.

aba does not want to be left out of these discussions, however. Individuals can also save into a Riester through their employer, and such arrangements have been made more attractive by the new German reform law, according to Stiefermann.

“If it touches on occupational pensions then we will also need to be considered,” he says.

The association also wants a voice in the pensions commission that the new coalition government proposes to establish.

According to the coalition document, the committee will focus on the future of the state pension after 2025, as well as that of the other pension pillars. It will aim to come up with a recommendation for “a reliable inter-generational contract”. It should report back by March 2020.

The deal struck by the CDU/CSU and the SPD promises that state pensions will be fixed at 48% of average salaries by 2025, with contributions capped at 20% of gross pay. If necessary the parties will resort to taxes to help fund this cap, according to the draft agreement. The government will change the formula used to calculate pensions in order to secure the 48% level, it says.

The employers’ association for the influential German metal and electrical sector has strongly criticised the outlined approach to state pensions, warning it will penalise younger generations. 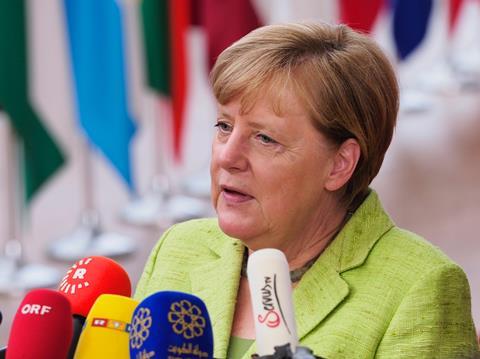 Angela Merkel is set for another term as chancellor

The coalition government also has plans for improving pension communication. It says it will introduce provision of an overarching overview of an individual’s pension situation, pulling in information from all the pillars – the state pension, occupational pensions, and private personal pension savings.

As a plan, this is not new: under the last government, the SPD and the CDU commissioned Aon Hewitt and Hans-Joachim Zwiesler, an academic at the University of Ulm, to carry out research into the idea.

Aba has previously cautioned against expecting too much from providing such information to individuals, and Stiefermann reiterates the association’s view that information alone will not move people to take action where it is necessary.

It is important that whatever the government comes up with is compatible with the multiple information requirements that employers and pension institutions already have to meet, be it under national or European regulation, says Stiefermann.

“The experience abroad has shown that this is not easy, so it’s good that [the coalition agreement] does not give a date for the introduction of such an information overview,” he says.