What's in a pensions minister? 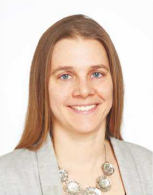 Last month, Jerry Moriarty, the chief executive of the Irish Association of Pension Funds (IAPF), called on the country’s government to appoint a pensions minister to drive through important reforms amid frustration at the pace of action.

That Ireland does not have a dedicated pensions minister had not registered with me before then, I admit. But it got me thinking about the situation in other European countries.

Ireland is not the only country without a dedicated pensions minister. In the Netherlands, the government minister you will often see quoted in IPE news articles is Wouter Koolmees, minister for social affairs and employment. Mind you, the size of the Dutch pension fund market – and the challenges it is facing – means pensions will play no small part in his portfolio of responsibilities.

In France, Jean-Paul Delevoye, the high commissioner for pensions since 2017, was named a member of government in a surprise announcement in September. He is leading the controversial project to reform the country’s fragmented pension system.

A pensions minister can get a lot done and deliver clear messages.

In the UK, which has had 15 of them since 1998, the incumbent, Guy Opperman, has been vocal about pension funds and climate change, for example. But he or she cannot do everything. Commenting on the draft pension legislation that was announced in the UK last month, Steve Webb, a former pensions minister and now with mutual Royal London, said measures to expand auto-enrolment and regulate DB consolidation vehicles were left out because of government splits.

No doubt the IAPF has no illusions about pension ministers coming with magic wands, but the difference they can or cannot make, and how different countries structure responsibilities, is interesting to contemplate.