The news that Israel sent a privately funded spacecraft to the moon, along with reports of more successful* developments by Elon Musk’s SpaceX business, has shone the light on what could be one of the fastest growing new sectors of the global economy.

But perhaps the most significant development is not the development of reusable rockets, but of the satellites they carry. The satellite-related space sector is seeing a seismic change akin to the replacement of the old mainframe computers by the now ubiquitous personal computers.

A decade ago, satellites looked very much like a mainframe computer – they were very large and very expensive. It would not be unusual for a satellite to weigh hundreds of kilos or even tonnes and cost hundreds of millions of dollars if not billions, to build and then launch.

What has changed is that for the first time, the space sector is leveraging commercial off-the-shelf technology, particularly from the consumer electronics industry. Some of the same components that are found in laptops or mobile phones are now being repurposed for use in satellites. The space sector can benefit from Moore’s Law – the general trend that has driven the exponential improvement in price and performance of consumer electronics over a number of decades.

Whereas previously a satellite would have been the size of a small car or bigger, heavy and very expensive, satellites can now cost as little as a few hundred thousand dollars to build and launch. That is a real game changer for the sector.

The cost reduction by two orders of magnitude has some profound implications. The first of these is that for the first time, it is now economically viable to launch large constellations of these very small satellites. It means that a whole range of new uses for satellites is starting to open up. The more satellites there are in orbit, the more frequently data can be collected by passing over any given point on earth. That enables entire new applications by measuring the heartbeat of economic activity from space and at low cost. 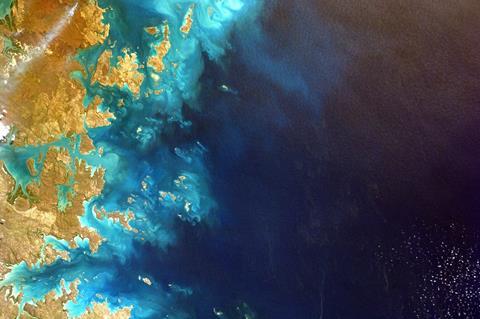 The low cost of launching satellites into orbit is attracting a new generation of entrepreneurs. One key area of interest is the demand for internet access, which is growing at an exponential rate across the globe. There has been a tremendous amount of investment into mega-constellations of satellites, all aspiring to provide ubiquitous worldwide connectivity. It is only by having large numbers of relatively low-cost satellites that concepts such as global internet access can be realised.

But this applies to many applications of remote sensing as well as communication. Earth imaging data have found immediate uses in both the insurance and finance sectors. Insurance companies can readily assess the impact of natural disasters, enabling rapid assessments to be made of potential insurance claims. In the investment sector, some fund managers have even resorted to using satellite data to count cars in retailers’ carparks to assess changing customer levels and hence profits.

The changes in the economics of space have, for the first time, aligned the space sector with the profile of opportunity that early stage venture capitalists look for

The changes in the economics of space have, for the first time, aligned the space sector with the profile of opportunity that early stage venture capitalists look for. Satellites’ PC moment will have a multi-decade impact on a multitude of large industries.

It may be only early stage venture capitalists and industrial firms that are willing to look at the sector currently. For institutional investors the challenge may be in deciding when they feel confident that the space sector is taking off.

*Beresheet, the Israeli spacecraft, crashed on the lunar surface earlier this month