The Turkish government has updated rules for its auto-enrolment pensions system in an attempt to reduce the high proportion of workers opting out of retirement savings.

The country’s Resmi Gazete reported on 27 December that, employees who have used their right to exit from the auto-enrolment system would be automatically re-enrolled into it within three years.

In addition, Turkey’s finance ministry reserved the right to either reduce the period before re-enrolment to one year, or extend it to five years.

The measure aimed to maintain and grow the membership of the country’s private pensions system, which currently covers only 11.9m of Turkey’s 81m population.

Of the 11.9m pension savers, 6.9m are saving for pensions within the voluntary individual pension scheme (BES), and 5.2m have auto-enrolled via the OKS system, which started operating in January 2017.

The reform was a part of the New Economic Plan presented by treasury and finance minister Berat Albayrak in September. The plan stated that the regulation on the individual pension system would be restructured to make it more sustainable.

Automatic enrolment of all Turkish public and private sector employees into pension saving vehicles launched in 2017. It increased the total number of pension savers in the individual savings system from 6.6 million in 2016 to 10.3 million in 2017.

Auto-enrolment applies to all employees under the age of 45. It was initially applied only to ﬁrms with more than 50 employees, but from July 2018 companies with 10-49 employees were included. From this month, the OKS will cover companies with between five and nine employees.

The three most common reasons given for opt-outs were high expenses or indebtedness (71%), lack of affordability (56%), and lack of confidence in long-term investment (35%), a report from the Insurance Association of Turkey (TSB) stated.

At the end of December 2018, Turkey’s private pensions system had TL86.7bn (€14.4bn) in assets under management, invested in 406 funds by 18 pension insurance companies, according to TSB data.

Between January and November 2018, assets in the sector achieved a return of 8.7%. Funds investing in precious metals yielded the best returns, gaining 28.2%.

Expanding membership in the system is necessary as Turkey’s pension system is expected to face new pressures in the next decade. According to the OECD, while Turkey is one of the few of its member countries that still enjoys a “demographic window” – the working age population is growing more rapidly than dependent age cohorts – this window is rapidly closing.

“Even if the current trend increase in labour force participation – notably by female workers – and the increase in effective retirement age will partly alleviate the immediate impacts, both pension and health systems will face new pressures within less than a decade,” noted an OECD survey in July . 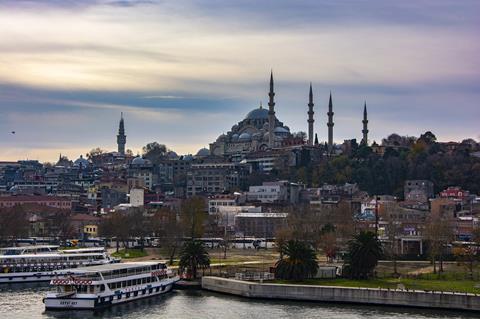 Seda Peksevim – a PhD student at Boǧaziçi University in Istanbul and a researcher at its Center for Applied Research in Finance, as well as a recent recipient of a grant from the IPE Pensions Scholarship Fund – explores the background to Turkey’s relatively new auto-enrolment system and the challenges it has faced so far

Auto-enrolment is one of the main goals of the Irish government’s pension reform plans. Gail Moss delves into the country’s ambitious plan

Millions of workers have joined workplace pension schemes under auto-enrolment but there is still some way to go before full adoption, reports Gill Wadsworth