Despite the more immediate concerns of the COVID-19 pandemic, the spectre of ‘Japanisation ’ casts a dark shadow over euro-zone investment markets. It is possible that the current crisis will supercharge the pre-existing trend for Europe to follow Japan’s economic and financial experiences.

To most market participants Japanisation evokes dismal asset price performance alongside an ageing population, deflation and anaemic economic growth. To those well into their fifties – old enough to remember the booming Japan of the 1980s – it probably elicits memories of a calamitous slump in equity and land prices. 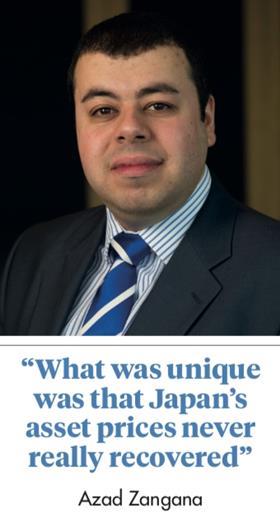 Long-term equity performance has been grim. It is salutary to be reminded that the Japanese equity market accounted for 45% of the world index at the start of the 1990s, according to the Credit Suisse Global Investment Returns Yearbook 2020. Today, the equivalent weighting is about 8%. At the start of 2020, its capital value was below that attained at the end of the 1980s. “What was unique was that Japan’s asset prices never really recovered,” says Azad Zangana, senior European economist at Schroders.

Sharp declines in land prices followed the bursting of the equity bubble. In the early 1990s, it was reported that the land under the imperial palace in Tokyo – just over a square kilometre – was worth the same as that in the entire state of California. Residential property prices, meanwhile, trended downwards for almost two decades, falling to just over half of their previous level.

Of course, it is best to be wary of first impressions. The story is more nuanced. For one thing, there are some obvious differences between Japan and the euro-zone. Japan is a unitary state at the edge of East Asia. The euro-zone is an uneasy alliance of 19 EU member states: even its staunchest supporters concede it is neither a completely autonomous set of economies nor a fully integrated economic region. The euro-zone may share similarities with Japan, and these are important to examine, but no sensible person would claim they are identical.

Probably the best way to examine the phenomenon of Japanisation in a short space is to break the discussion into three parts. First, a consideration of Japan’s experience of the past 30 years. Second, the extent to which the euro-zone is mirroring that experience. Finally, an assessment of the consequences of the trends for asset prices. 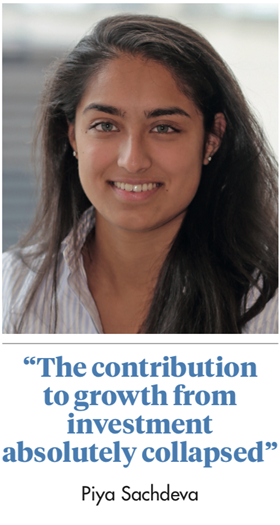 Japan’s downward shift was precipitous in other respects too. In the 1980s, during the years that became known as the baburu keiki (bubble economy) the economy was booming as asset prices were surging. An extrapolation of GDP growth rates led many to conclude that Japan would surpass the US as the world’s largest economy by the turn of the millennium.

A few years later the situation looked completely different. Japan had shifted from perhaps the most dynamic of the developed economies to arguably the most sluggish. Tokyo shifted from being a premium financial centre to, if not a backwater, only a regional player. For many years it was mired in deflation, banks suffered from non-performing loans and, before it became common in Europe, bond yields turned negative. In a few years Japan seemed to have turned from an economic and financial giant into a proverbial weakling.

Piya Sachdeva, a Japan economist at Schroders, points to a slump in capital investment, following the equities collapse. “The contribution to growth from investment absolutely collapsed and never came back. And that was the key driver of why Japanese growth fell the way it did from around 4% to under 1%”.

Masayuki Kichikawa, chief macro strategist at Sumitomo Mitsui DS Asset Management, gives three reasons for the downward trajectory. The first, demographics, is most commonly blamed. Japan, for example, has the second oldest median age of every country in the world at 48.6 years, according to the US CIA World Factbook. Only Monaco, a city state, has a higher figure. “When a country experiences a decline, particularly of those of prime working age, it tends to experience some deflation,” he says.

In Kichikawa’s view the “inappropriate policy response” of the Japanese authorities also played an important part in creating Japan’s lethargy. The authorities took almost 10 years after the bubble burst to reconstruct the balance sheets of Japan’s damaged financial institutions. In contrast, the US and Europe, having learnt from the Japanese experience, acted much faster after the global financial crisis.

The final key factor in Kichikawa’s view is the excessive strength of the Japanese currency even after the crisis hit. He blames this on the sequence of policies pursued by the Japanese authorities. First, they tried to solve the problem by extensive fiscal spending and only later did they engage in unconventional monetary policy.

Despite Japan’s travails, it is important to add a caveat. Although it has undoubted problems it is still a prosperous economic power. Japan is still the third largest economy in the world after China and the US. No European economy is as large. In terms of income per head it would be middling by western European standards – significantly above Italy but also significantly below Germany.

Japan’s shrinking population, although problematic, has at least one advantage. If its economic performance is measured in terms of GDP per head, rather than just GDP, it does not look quite as bad.

It is not hard to find similarities between Japan and the euro-zone. Although Japan’s record is arguably more extreme, there are plausible reasons to argue that Europe is on a similar trajectory.

The first is an ageing population. Although Japan has the second highest median age of any country, Germany and Italy are close behind. The key consequence of this from an economic perspective is that the working age population starts to fall. There is a greater number of people above the normal retirement age and a shrinking number in the labour market.

To an extent, the flow of migrants – who tend to be young – has mitigated this tendency. For example, 2.4m migrants from non-member countries entered the EU in 2017, according to official figures. There were 22.3m non-EU citizens living in the EU in January 2018.

Japan has allowed its migrant population to increase but it is still low. It has a record number of foreign workers, at over 1.6m according to Statistica, out of a total population of 126m. But the IMF estimates that foreign workers only accounted for 2.2% of the 2018 workforce compared with 17.4% in the US and 17% in the UK.

Although such migration counteracts the trend towards an ageing population it is not sufficient to stop it. For instance, the median age in the US, at 38.5 years, is about a decade lower than Japan and many years below Germany and Italy. 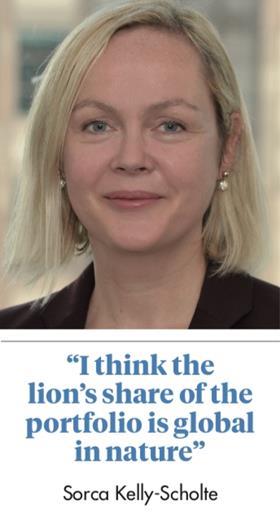 The ageing population co-exists with painfully low economic growth. It is sobering to remember that Japan enjoyed GDP growth of over 10% a year from the mid-1950s to the early 1970s. From the mid-1970s to 1990 the economy grew at an annual average of about 5% – still high by today’s standards.

Poor economic growth is often associated with low inflation. A healthy economy is assumed to have a moderate amount of inflation. In contrast, high inflation usually coincides with overheating while low inflation, or even prices falling in absolute terms, is associated with stagnant economic output. In that respect Italy, with two decades of poor growth, is probably the largest European economy that most resembles Japan.

The euro-zone and indeed the US have arguably followed Japan in relation to monetary policy. Japan pioneered unconventional policy in the early 2000s – years before it was adopted elsewhere.

There is one other way, more specifically related to pension funds, in which Europe is coming to resemble Japan. Sorca Kelly-Scholte, the head of EMEA pensions solutions and advisory at JP Morgan Asset Management, says that European defined benefit (DB) pension plans are likely to resemble their Japanese counterparts in terms of their fixed-income allocation. “Whereas a decade ago Japanese corporate DB would have had, like European pension plans, heavy domestic bias to bonds, now I think the lion’s share of the portfolio is global in nature,” she says.

Although there are many similarities there are also important differences between Japan and the euro-zone.

For a start, there is more room for fiscal expansion in Europe. It has a huge capital account surplus with the rest of the world, so it has substantial net savings. That means European governments have more fiscal ‘firepower’. However, this is complicated by the fiscal contigencies associated with the COVID-19 pandemic and Germany’s traditional reluctance to engage in fiscal expansion.

Another common observation is that, unlike Japan, there is an array of populist parties in Europe. This gives mainstream European governments less room to manoeuvre than in Japan’s more politically homogenous society.

It is never easy to discern market movements from a broad economic, social and market outlook. If it was, then investment would be a much more straightforward matter. There is also little point in looking at the short term given the current market volatility. However, back in February, Schroders produced a forecast of 20-year equity returns based on expectations on demographics and productivity growth. Japan came out worst with a predicted annual average nominal return of 4.7% while the euro-zone stood at 6.7%.

That discrepancy probably captures the most widely held expectations about Japan and Europe over the coming period. Japan looks set to grow but at a lower rate than others while the euro-zone will become a middling performer. But then again, as the dramatic switch in Japan’s long-term fortunes show, there is always the chance that forecasts get it substantially wrong.