January’s World Economic Forum meeting in Davos captured the spirit of the early 21st century with the overall theme of “stakeholders for a cohesive and sustainable world”. Those who were prepared to pay for the privilege could listen directly to luminaries ranging from Greta Thunberg to Donald Trump, once they got past the strict security cordon around the central areas of the Swiss ski resort reserved for the paying guests. 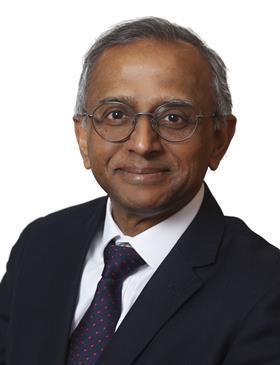 Others, like myself, who were unable or unwilling to pay the exorbitant costs to be able to mingle with the super-rich, world leaders and the merely famous, could also enjoy the atmosphere outside the security zone.

Wandering around the rest of Davos was, as someone described it, like a university freshers fair for grown-ups. Instead of rows of battered old tables and plastic chairs in a hall, organisations had kitted out whole shops along a parade, offering free coffee and nibbles to tempt passers-by. The venues also provided a convenient place to hold press conferences, lectures and receptions and the opportunity to meet an eclectic range of corporate managements, sundry experts and passionate advocates of sustainability across a range of issues.

The SDG tent – which was located outside the security zone and meant that anyone could attend the discussions held within it – provided wide-ranging set of discussions that covered an overall theme of the role of business in delivering the Sustainable Development Goals (SDGs). Many would argue that capitalism needs to move away from purely shareholder profit maximisation objectives and, indeed, perhaps needs to be redefined for it to truly serve people, planet and profit. Stakeholder capitalism is increasingly being embraced as the way forward by business leaders such as the Business Roundtable, an organisation of CEOs of leading US companies.

Perhaps the key question for investors is whether there is a route towards more sustainable finance. Philipp Hildebrand, vice-chairman of BlackRock, argued in a panel discussion in the SDG tent that there have been four key developments that suggest such a shift is under way. First, the creation of the SDGs and the Paris agreement on climate change in 2015 have produced a widely accepted set of measurable goals with a definite timeline that apply to both governments and corporations.

Second, technical advances in recent years have radically changed the attainability of the SDGs. Even within the past five years, coal, in many cases, has been replaced as the cheapest form of energy by renewables. That trend can only continue.

Third, there has been clear changing expectations in society regarding sustainability. It is no longer seen as an esoteric subject and movements such as Extinction Rebellion, and activists such as Greta Thunberg, have brought the issues to the attention of both governments and the wider public.

Finally, the world is being made painfully aware of the impact of climate change through the bush fires in Australia or the destruction of coral reefs.

Hildebrand sees this as a pivotal moment for the finance industry as it undergoes a fundamental reshaping. The physical impacts of climate change and unsustainable practices are affecting financial assets. As a result, risk-adjusted returns for portfolios may be seen to be improving by incorporating sustainability, and climate change effects in particular. Interest may really start to take off when such practices are established.

“Stakeholder capitalism is increasingly being embraced as the way forward ”

On the regulatory front, there have also been key developments with central banks stress-testing commercial banks for climate risk. Perhaps most significant for investment firms has been the significant shift in society’s expectations, with clients demanding that the finance industry evolves. The problem, however, as another panellist pointed out, is that the SDG goals for 2030 are not the end of the process but just indicators. The changes required in the global economy may go much deeper.

Translating lofty promises on sustainability into corporate strategy is key. Perhaps no more strongly than in the healthcare industry where questions of morality, sustainability and equality collide directly with the economics of the industry. Human health is critical for the economic health of a nation and, as one panellist noted, there is an estimated 5% drag on GDP because of the lack of treatment of chronic diseases.

The Roche chairman, Christoph Franz, raised the question of how a drug company such as the one he leads can provide access to innovative medicine to everyone who needs it. The challenges involved in merely keeping up with developments are immense. As he pointed out, technology and data science are transforming the industry. In 1950, medical knowledge was doubling every 20 years while today it seems more like it is every 70 days. The human genome project took 13 years and cost $13bn, while a human genome can now be sequenced in a day for $1,000.

Franz raised problems that need to be addressed to create sustainable healthcare for all. Many diseases create serious financial as well as medical burdens so patients often turn away from treatments to prevent financial hardship for their families. The solution he sees is to create risk-sharing models with governments. Secondly, accessing healthcare is a multi-dimensional challenge. Every society regulates healthcare differently and Roche has to deal with 150 different regimes – that provides insights into what works and what does not.

The problem for many countries is not only that they lack the financial means to provide healthcare for all but they also lack the basic infrastructure. Having cancer hospitals built is of little value if there are not enough oncologists to staff them. Local solutions are required. Franz argued that what may be critical in the future is creating public/private partnerships to overcome the barriers preventing healthcare for all. The next decade will be decisive, he sees, to achieve the SDG goals of leaving no one behind.

Perhaps the key message that one is left with after mingling with the crowds in Davos is that in Europe at least, in contrast perhaps to the US, there is a consensus that sustainability is critical. The natural world is being degraded at unprecedented rates and the anti-globalism that populist politicians represent is a by-product of unsustainable economic policies that have benefitted the few rather than the many, whatever the GDP growth figures may be.

Companies need to develop economic approaches that benefit all their stakeholders, to achieve positive outcomes for nature and people, alongside benefits to their organisations. Virtually every investment company declares nowadays that it incorporates ESG principles into its investment process. But for such declarations to be more than just virtue signalling there needs to be metrics for measuring the impact of corporations on natural, social and human capital alongside traditional financial capital. Only then can capital be directed into ways that can create sustainable and healthy ecosystems, people and societies.