Class action activity is on the rise in the US where some European institutions have received big payouts. But Gail Moss finds that many pension funds are unaware they might be losing money by not making claims

Last month’s $400m (€364m) class action settlement by US pharmaceuticals company Pfizer for making false statements to shareholders – including the pension fund for Dutch electronic giant Philips – was only the latest in a steady stream of recoveries by European institutions using the US courts.

According to Kessler Topaz Meltzer & Check (KTMC), the US law firm which recently achieved a $100m settlement for its client PGGM in its recent action against Hewlett Packard, activity in all types of action is up, in terms of participation by institutional and foreign investors. And litigant investors now include hedge funds and sovereign wealth funds.

Darren Check, a partner at KTMC, says: “Institutions generally had been reluctant to get involved, but these types of cases have had a lot more publicity in the past few years. Their stakeholders are asking them what they’re doing about it. There’s a lot of money out there to be recovered.” Furthermore, he says, the US courts’ previous reluctance to include foreign investors as plaintiffs has been reversed.

Another tipping point has been the recognition by foreign investors of the plaintiff-friendly fee structure in US courts. In most European countries, including the Netherlands, Denmark, France and the UK, the loser pays the costs of court action. However, in the US, if the plaintiff loses, their law firm shoulders the costs. If the case is won, the lawyers take a percentage of the amount recovered – on average, between 15%  and 25%, according to KTMC.

In the US, securities lawsuits fall into three categories. First, a consumer class action is used for securities fraud cases, such as Enron and Tyco, where company shareholders allege the company concerned made false statements in relation to financial information. These cases are filed in the US federal courts.

Next, derivative and takeover cases – for example, where there are allegations of unfair process in a merger or acquisition – are filed in a state court.

Finally, a share appraisal suit claims that the consideration paid to investors for shares in a company that has been taken over is too low, and seeks a fair value from the court. Appraisals are also filed in state courts; the Delaware Court of Chancery (DCC) is seeing most of the activity, as half of US public companies are incorporated in Delaware, thanks to its business-friendly laws.

An individual investor, around whom the ‘class’ of investors can be built, normally starts class actions. Notice must be given in official publications and there is a 60-day period during which a potential lead plaintiff has to be found. The court appoints both lead counsel and lead plaintiff.

Investors are alerted to class actions in which they have a potential interest in several ways. Custodians, brokerages and transfer agents with whom they have a relationship may contact them. In addition, specialist companies such as Information Security Forum (ISF) offer subscription services publishing details of lawsuits concerning specific companies. Some US law firms also monitor class actions, offering free alerts to institutional investors, including those based abroad. 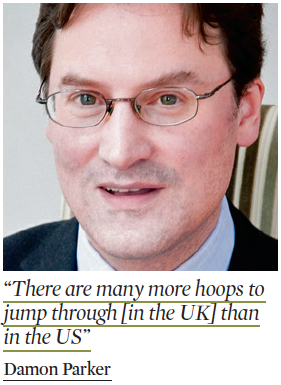 Normally an investor registers as a passive class member simply by contacting the lead counsel (who will publish a notice on their website) and completing a form. They take no further action but receive a pro rata share of any payout. In contrast, for share appraisals, investors have to be ‘in it to win it’, as only named litigants receive a payout if the case is won, or settled out of court.

He also says that investors such as pension funds are aware of their obligation not only to their own stakeholders, but also to the pension community as a whole: “They may see acting as a plaintiff as taking their turn at the wheel.”

Class action in practice
What does acting as plaintiff entail in practice? With a securities class action, several documents – such as the institution’s investment guidelines – must be produced, and it is likely that the investor’s representative (normally a lawyer) will have to go to the US to make a deposition – that is, give oral testimony. 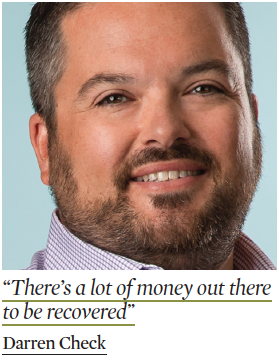 In this event, defence lawyers question the individual. However, the questions could be as simple as: Did the institution buy these stocks? Do you know what investment strategy it is using, and why it is using them?

This will require some commitment on the part of, say, the institution’s chief investment officer, in terms of preparing the legal team. However, plaintiffs themselves rarely have to attend the court case, although Check says some European clients have been eager to do so: “They want to see a US courtroom – they think it’s like [TV legal drama] LA Law. Unfortunately, it’s not, but it is still a good experience to see how these cases are really prosecuted.”

Many European pension funds are unaware of the potential pickings to be made from class actions. Patrick Daniels, a partner at Robbins Geller Rudman & Dowd (RGRD) – the sole lead counsel in the Enron trial, who obtained over $7.3bn worth of settlements – says: “One of the things I spend a great deal of time doing in Europe is educating institutional investors on the importance of filing claims in settled cases. Many pension funds do not pay close enough attention to these claims and assume their custodians or money managers will file and collect the funds – but many do not.”

He adds: “On average, there are several billion dollars worth of recoveries in the US each year and I know many more European shareholders should be filing claims, and they do not.” 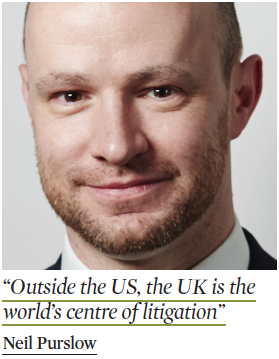 And according to RGRD, in any class action, the proportion of class members who make a claim varies between 20% and 85%, resulting in higher per-share distributions.

But although securities litigation might seem like a win-win situation for investors, Check warns they should get advice before taking an active role. He says, “A lot of our practice work is telling clients why they shouldn’t get involved in a case.” This is especially true for share appraisals, where the court could decide that rather than pay too little for the firm it has taken over, a purchaser has paid too much.

In recent years, these cases have come into the spotlight because of increasing use by hedge funds in an investment strategy known as ‘appraisal arbitrage’. This is where a hedge fund buys shares in a company just before a takeover, votes against the deal, then instead of accepting the proceeds, sues for a better purchase price. Other institutional investors can also join in an action, such as APG, which recently recovered an extra $33m on shares in Safeway, which was taken over last January.

But Check warns: “I would never recommend to pension funds they jump into an arbitrage case just because a hedge fund is doing it. Seeking appraisal could take you a year or so, then you might just get the same price for your shares, or even less. You could have earned interest on that money in the meantime.”

He adds: “The return rate was very high from these cases until about three years ago. But because hedge funds have got involved, there’s a lot more activity now in the DCC, and they’re starting to hand down some losses.”

But what of Europe?
Although the US is often seen as an extremely litigious country, Europe is also seeing class action activity – for example, the lawsuit against Lloyds Banking Group over its takeover of Halifax Bank of Scotland, and the action in the Netherlands against former bancassurer Fortis – and this is likely to grow, say experts.

Damon Parker, head of litigation at Harcus Sinclair, who is leading the claim against Lloyds, says: “We are starting to see more group actions in the UK. However, there are many more hoops to jump through than in the US, and it is much more expensive to bring a claim.”

Neil Purslow, chief investment officer at Therium, a third-party litigation funder, says: “Outside the US, the UK is the world’s centre of litigation. The combination of spiralling legal costs and the [UK’s] recent Jackson reforms, which endorse the use of litigation funding to promote access to justice, will certainly lead to more group actions in the UK than there might otherwise have been.”

Meanwhile, however, the cavalcade of class actions seems set to continue. Check says: “Businessmen will always find ways of enriching themselves at the expense of shareholders and trying not to get caught. Crime is a growth business.”

Last June, APG Asset Management, the €412bn asset manager for the Dutch civil service scheme ABP, won an extra $33m from the sale of its shares in Safeway, after co-filing a share appraisal suit along with four hedge funds. Before then, APG had chosen not to participate in appraisals, but in this case decided it was in the interests of its pension fund investors.

However, APG has benefited from class actions for several years, and is currently a passive class member in several lawsuits. In the US, investors can choose not to join the class but start their own legal proceedings, which APG has also done several times – for example, suing Credit Suisse, JP Morgan and Goldman Sachs in 2011 and 2012 for misleading investors about the quality of residential mortgage-backed securities it had bought, achieving an undisclosed settlement.

APG finds out about potential cases by monitoring its portfolios and also from information in the public domain. It routinely reviews class action suits involving companies whose shares it holds to determine if – based on certain factors – taking an active role in the class is in the interest of its pension fund investors owning an interest in the asset.

APG’s internal lawyers, in close co-operation with external counsel, actively manage cases. When needed, other APG staffs in global locations such as New York and Hong Kong are involved.

However, the asset manager only embarks on legal action if it is likely the advantages will largely outweigh the effort needed and the costs of the proceedings. But it says that while recovering the loss is always the main objective, legal action can also lead to improved governance in the company concerned.

APG says it was pleased with the Safeway result. After the ruling, Harmen Geers, spokesman at APG, said: “Appraisals were generally little used until recently. But we intend to make use of it whenever we think it can help us to make sure our pension funds and their participants receive every euro to which they are entitled.”

The company says it will consider participation in future appraisal suits. It will use the same processes as it applies to any other investment decision to determine whether it is in the best interests of its pension fund investors.