• ‘Emerging markets’ may be coming to the end of its shelf life as a meaningful category.
• Index valuation methodologies for emerging markets are flawed.
• The prospects for different emerging markets vary widely.
• The opportunity set is too large to be treated as a homogenous asset class.

The term ‘emerging markets’ (EM) was coined in 1981 by Antoine van Agtmael, an economist at the International Finance Corporation. It was a catchy marketing phrase that provided an alternative to the then-common label of ‘third world’ (neither the ‘first world’ of the developed economies nor the ‘second world’ of the Soviet bloc). It also distanced such countries from the notion that they were underdeveloped economies devoid of investment opportunities. Instead, they could be presented as countries imbued with great promise for the future.

That promise has guided investors successfully for the past three decades as GDP growth rates have surpassed those in the advanced economies. Living standards in some countries, such as Singapore and Taiwan, have risen to become comparable to those in the developed world.

It has reached the stage where the term might be more of an obstacle, rather than an inspiration for wise investment.

Trying to box in over a hundred heterogeneous countries into one asset class is nonsensical. But while definitions may be seen as mere semantics, the creation of benchmarks that drive investment decisions has implications for the wealth and risks facing institutional investors. There are conflicting sets of countries included in different equity and debt emerging market indices. The inconsistent criteria that define which countries should be included in which set of indices indicate the intellectual confusion that underlies emerging market investment.

As Laurence Taylor, a portfolio specialist at T Rowe Price argues, the term emerging markets is now more a matter of benchmark classification, as opposed to some common fundamental reality. South Korea, an important EM index constituent, has an economic profile that is much more like a developed market than an emerging today.

In the past, what characterised emerging markets was a much higher correlation of any specific stock with its country index rather than its global sector. Even that is breaking down with global and local sector and industry fundamentals playing a much more important role in behaviour.

Moreover, points out Stephen Docherty, head of global equities at Aberdeen Standard Investments , many so-called emerging markets have companies listed on their exchanges that are global leaders in their sectors such as Samsung, Taiwan Semiconductors and many others. 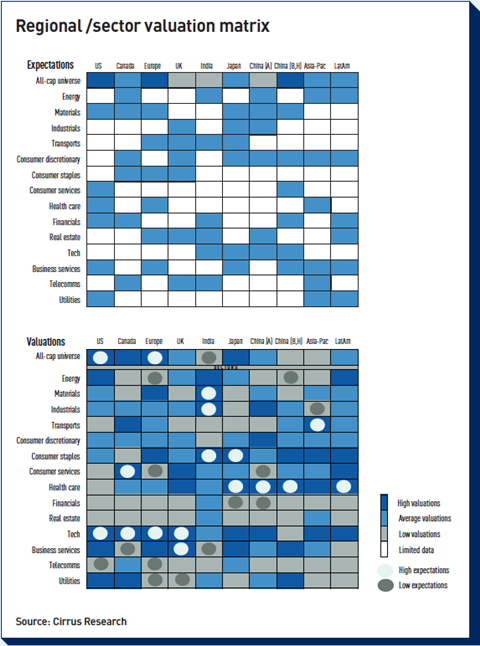 Investors are therefore much more exposed to emerging markets than might appear at first sight. The question is what aspect of emerging market risks and opportunities are they being exposed to. The answer, in many cases, may not be a sensible risk/reward trade-off.

When it comes to valuations of emerging markets, traditional approaches to comparative analysis are flawed, say GMO’s Amit Bhartia and Mehak Dua, in a recent paper. Valuing emerging markets relative to historical valuations based on metrics such as price/earnings ratios ignores the changing composition of the asset class over the past 20 years.

Financials, for example, contributes 35% today versus 15% in 2003, while earnings from commodities have shrunk from 44% to 15%. Absolute valuations based on benchmark indices are also misguided because the indices have significant risk concentrations embedded in them – China-related earnings, government-linked companies who face two masters and financials each represent over 40% of the index exposures.

For investors seeking exposure to the driving forces behind superior emerging market GDP growth – that is, rising consumption of the middle classes, favourable demographics and evolving socio-political institutions – what are they really getting from index exposures? Very little, say Bhartia and Dua.

Emerging markets have been characterised by a higher market volatility often driven by investment flows from developed countries. Bhartia and Dua point out that since 1990, an average EM country has experienced five times more drawdown than the S&P 500. Moreover, each EM country within the index has fallen by more than 20% on 22 occasions. The S&P 500, in contrast, has fallen by over 20% only four times since 1990.

But, historically, not only are drawdowns more frequent in emerging markets, the time it has taken to recover capital has also been substantial, with more than 15 years for the Thai and Indonesian markets to reach pre-crisis levels after their precipitous drop in 1997. Yet such comparisons of indexed emerging markets as a group with developed markets are also flawed, say Bharti and Dua. The disparate group of 23 countries within the main index has different economic drivers behind each compared with the more homogeneous developed markets group.

As Taylor says, selectivity is critical, particularly given the disparity of fundamentals in the emerging world in the aftermath of China’s shift away from an industrialisation-led economy towards a consumption-led economy. This has changed the growth equation for many commodity exporters within emerging markets and is necessitating material and in some cases, painful structural adjustment that will take years to work through.

Brazil is a test case in terms of whether policymakers have the ability and willingness to embrace structural reform to account for anaemic domestic growth. Russia is facing many of the same demographic and growth challenges as developed market peers.

Emerging market fundamentals are about as dispersed as they have been for two decades. This is important, given the implication that emerging markets cannot be viewed under one singular homogenous banner.

Emerging markets require a deep dive into specific sectors and companies rather than an unfocusedapproach. Cirrus Research, for example, looks at valuations of sectors based on the ratio of enterprise valuations to sales and combines that with expectations based on average analysts’ forecasts (see figure). One conclusion from this is that any well thought-out framework of analysis of relative attractiveness will show wide variations between key markets within the emerging market asset class as a whole.

For example, Cirrus sees Latin America as fairly valued but India as one of the more discounted markets with solid top-line growth. It appears that sell-side estimates remain too conservative, says CEO Satya Pradhuman. Roughly 43% of estimates are being raised, a level that is in line with averages. This will likely create an opportunity as the earnings reporting season continues to surprise to the upside.

For active managers, the volatility of emerging markets is a source of opportunity. Over a decade or more, as Docherty expects, investors would be rewarded by higher returns than from developed markets. However, they are cyclical, so how much an investor should be prepared to invest directly in emerging markets depends on the length of time they are considering investing for.

But emerging markets should not be viewed as a homogenous asset class, nor should they be allocated to as such, given the diversity of the emerging markets and also the assets within each market, says Sean Burnard, a director at Law Debenture Pension Trustees. He adds that this would tend to argue particularly for larger and more diverse EM economies, in favour of country-specific funds where this diversity of opportunity/return can be captured.

“For active managers, the volatility of emerging markets is a source of opportunity”

Law Debenture also considers emerging markets as arguably more suited to an active management approach where investment managers are undertaking fundamental research and developing views on the individual investments with a view to capturing these opportunities in a diversified manner. That should remove the risk concentrations that GMO has identified in an indexed approach.

It also enables a focus on gaining exposure to key drivers of emerging markets, which could entail removing companies whose revenues are directly exposed, or derived largely from, the developed markets; or reducing specific risks deemed to be excessive in an index. Aberdeen Standard, for example, prefers Indian corporates over Chinese ones because, says Docherty, there are better corporate governance standards in India. There is also less direct government interference, which is important from a minority shareholder perspective.

Others may disagree on the trade-offs between India and China. But it is clear that taking on a capitalisation-weighted index as the key benchmark to guide emerging market investment is clearly mistaken when, by the stroke of a pen, China’s weight could go from 26% to more than 40% if fully included.

Few institutional investors have been prepared to undertake a more detailed approach to emerging market equity investment. Yet the opportunity set is large – too big to be treated as a homogeneous asset class. What the International Monetary Fund classifies as emerging market and developing economies accounts for over 58% of global output (measured at purchasing power parity).

Four key economic segments – food and agriculture, cities, energy and materials, and healthcare  – could create a few hundred million new jobs by 2030 and almost 90% of them would be in emerging markets. Deciding how best to take advantage of that requires more than following an index of just 23 countries.