Many contemporary pension systems are based on defined benefit pensions, arranged and executed by employers and labour unions. It is often said, given such systems’ characteristics, that it is logical people are not engaged as there is little choice at the individual level. Thus, were systems to allow for more individual choice (as in defined contribution systems) the problem of low engagement would solve itself. 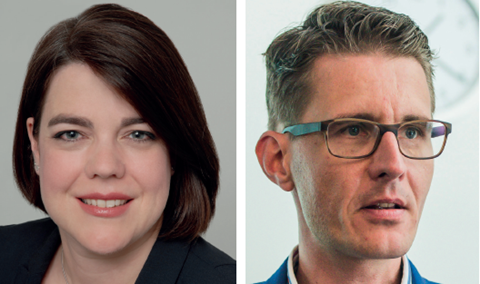 Recent evidence from our research with Swedish pension plan members challenges that view1. In July 2017, we surveyed 2,646 members in the first pillar defined contribution system (premium pension) about their experiences with choices, as well as their perceived financial well-being.

The premium pension system was introduced in 2000. Members (which includes almost the whole working population of Sweden) can select up to five funds from a set of 845 mutual funds to which their mandatory contributions go. If they do not make a choice, their contributions go to the default fund.

Research had already shed light on problems in the Swedish premium pension scheme. The initial idea was to motivate people to create their own portfolios, and government and fund providers invested heavily in marketing campaigns to stimulate choice2. As a result, 66.9% composed their own portfolio, and only 33.1% invested in the default2,3. However, 11 years later, 42% owned the default fund (Johannisson 2010) and to date this number is slowly increasing towards 50% (Pensionsmyndigheten 2017). Cronqvist, Thaler and Yu3 found that active fund choice of new members dropped from 67% in 2000, the period in which fund choice was heavily advertised, to 1.6% and less after 2007.

Thus, most new pension members are invested in the default fund, implying that freedom of choice has been rejected. These studies are based on administrative data and cannot generate insights into the heterogeneity of members and which factors correlate (others than easily observable) with whether people select their own funds or stay with the default, and which factors drive perceptions of financial well-being.

We therefore generated deeper insights into the extent to which choice overload, risk tolerance, and subjective knowledge are related to choosing a fund and financial well-being.

First, young members in particular seem to appreciate the enormous set of funds.

But, simultaneously, many perceive such an extensive choice set as overwhelming, experiencing choice overload. In total, 35.3% indicate that they perceive very high or high levels of choice overload, but 12.1% also indicate very low or low levels.

One striking finding is that members who are risk averse stick more to the default fund, which is problematic given that the default fund is one of the most risky funds on the menu. It seems as if they blindly follow the ‘path of least resistance’ and do not seem to realise the mismatch between their risk preferences and actual investment.

A possible explanation is that members believe that the default is a safe choice. Risk averse members possibly want to avoid making a ‘wrong’ decision which would leave them worse off than sticking to a default that the government has set. The situation bears policy implications. In case members realise that the default fund is more risky than they thought, they may not only be disappointed or angry at the government but potentially even take retaliatory measures. It is important to ensure that members have realistic perceptions of the default fund’s risk profile.

We found that knowledgeable pension members are more likely to form their own portfolios. But, 69% of members feel unknowledgeable about the premium pension scheme. Perceived knowledge is even lower among young members where 80% indicate low knowledge of the scheme.

We found that choice overload had a negative relationship with financial well-being. Given that half of our dataset (50.6%) seem to experience choice overload, this is a serious concern. A few years earlier, Cronqvist and Thaler(2004), suggested paying attention to the design of the choice set at large. They suggested a small selection of funds with differing risk levels.

Interestingly, there is a strong and positive correlation between choice appreciation and future financial well-being, whereas the act of choosing a fund has only a small direct impact. Thus, members who appreciate that they can choose their own funds within the premium pension scheme indicate higher expected well-being during retirement.

Overall, those results point in the direction that is not likely that allowing for more choice in a pension system will result in higher engagement. Instead, we found that if engagement is low, members face choice overload, and investment choices driven by behavioural biases. Pension funds, insurance companies and policy makers should take this into account by limiting the choices to 6-22 options.5

Furthermore, it is important to carefully design the choice architecture, with layers and/or with a good default option. Also, there are ways to encourage engagement. What we have learned on pension communication in recent years is that framing, social norms, life events, interactive pension planners, or activation of the future self concept can boost member engagement.