UK pension scheme trustees spend a considerable amount of money with asset managers and investment consultants. So a UK regulator’s report reviewing their fees and the quality of their advice might be a welcome intervention. And it is a useful read; it’s well set out, and clearly written.

The question, however, is whether it has explored the issues facing trustees. Asset managers, for example, have been fined and criticised by the Financial Conduct Authority (FCA), often unfairly or disproportionately – but compared with their financial services cousins in insurance or banking, they’ve had an easy ride, and justifiably so. The FCA pops in to see asset managers from time to time, but provided they do not steal money, which is rare, or lie, only slightly less rare, there’s not much for the regulator to do apart from complain about minor technical breaches of rather trivial rules – and impose disproportionate fines (ultimately paid by the customer) and publish pages of disclosures in tiny print that no-one reads.

Things may be about to change. Asset managers in particular are facing a perfect storm. First, the Senior Managers Regime is being introduced in 2018. This will increase personal liability rather than corporate liability for asset managers, and create an increased conflict of interest which general counsel and compliance officers may struggle to deal with, and new risks for fiduciary managers. Secondly there is immense market (and regulatory) pressure on charges and fees.

It is only to be expected that governments and others would look at an important UK industry to see if it might be doing harm, especially if there are complaints by the public. The oddity is that this survey has been conducted despite the fact that there doesn’t seem to be any real public complaint that things are wrong; the unease seems to have been invented by the regulator.

It comes to the conclusion that asset managers charge too much and suffer from insufficient competition. In relation to retail funds, the charge is that the public does not understand how charges are calculated, and in relation to trustees it is because we are not properly equipped to negotiate rates (there is a subsidiary allegation that trustees are not up to their job). Asset managers do seem to enjoy good lifestyles, probably better than most trustees, maybe because they have brighter minds, or are harder-working, or are better looking. And they seem, on average, to make a greater return on equity at around 35% than some other elements of the British economy. 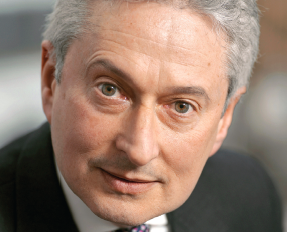 The trouble is that although it would be nice to have lower charges (and probably trustees should try harder to negotiate lower ones) it is hard to see what a regulator thinks – in a market where there is no allegation of a cartel – is the right rate of pay or return. Once a regulator starts to indicate rates, it might lead to inquiries into the earnings of

City lawyers or accountants (or even trustees). Or those of Bernie Ecclestone. Or of Premier League football players. Or of newspaper editors.

Its conclusion runs in parallel with its views that there is not enough competition in the provision of asset management services. The FCA study suggests that charges seem to average around 1% across the board. In fact, there is a wide variety of charges; some managers charge 2-and-20 (hedge funds), others around 6% (private equity, because they have responsibility for their own due diligence and management) and some around 0.3% (because passive managers only need a computer and live on gruel).

The FCA suggests that investors only really need passive investments and that investors in active funds are deluding themselves. The study also ignores whether there is scope in the FCA world for brand (which is valuable) or service; it seems to think that asset management is a commodity. What will emerge by way of regulation is not clear, except it seems probable that asset managers will be faced with more of it, which will again be paid for by pension scheme members. Finally, the study’s conclusions that there is insufficient competition may surprise not only managers, but anyone who collects umbrellas at industry conferences.

Investment consultants also face criticisms, but perhaps the wrong ones. They are charged with running an oligopoly and engaging in unfair competition by offering fiduciary management in breach of the conflict rules. In fact, because most pension funds, in the UK at least, are required by law to entertain investment advice which, because of the need to demonstrate compliance, means employing one of the larger firms, any oligopoly is statutorily imposed. The solution is to remove the obligation. Similarly, the complaint of conflict of interest disappears once it is disclosed; it is then up to the client whether to use another adviser. As well as challenges, there are also advantages in some conflicts of interest. Ironically, asset managers have started moving into consultancy.

In the meantime, investment consultancy services are to be referred to the Competition and Markets Authority to explore where there is an oligopoly. That hardly needs a reference; of course there is, but no more than for lawyers, accountants or even regulators. And the FCA struggles with the effect of markets; there is already price pressure on manager fees, and trustees are free to choose Vanguard if they prefer.

The FCA seems to have picked the wrong fight. There is a problem with investment consultants, but it is more to do with their capacity to give proper advice. They are fine with conventional investments such as fixed interest or quoted equities, but less comfortable with advising on private equity, or on alternatives, which are much more attractive (and more appropriate) for pension schemes but too expensive for most of them to carry out the necessary due diligence. What there might need to be is an industry-wide (or oligopolistic) means of rating these investments, saving money for clients, allowing advisers to focus on strategic advice rather than investment reviews. Maybe the FCA could offer such a service. That would really help the public.

Robin Ellison is a consultant at Pinsent Masons and Professor of Pensions Law and Economics, Cass Business School