A decade ago, the US equity market was staring into the abyss. Indeed, investors saw large piles of dollars disappear into it, in the midst of a crisis that would wipe off more than half the value of the S&P500 by March 2009.

In a protracted trade conflict between the US and China, asset managers may seek the least affected – or less damaged – investments. They might find few outright winners, given the uncertainty of the duration and the outcome of the clash. The challenge will be to identify the sectors, types of firms and individual names least likely to suffer on a relative basis.

The focus at present is on tariffs. Although tariffs serve a valid purpose to modify countries’ behaviour, Chris Wallis sees them today as “immaterial and almost irrelevant”. Wallis, CEO and CIO at Texas-based Vaughn Nelson Investment Management, attributes the current global slowdown to a shortage of dollars for funding global trade, rather than the threat of tariffs.

The relationship between the US and China is no longer “symbiotic”, according to Wallis. China was allowed into the World Trade Organization as an outlet to help fund US deficits. Now the emphasis is shifting toward the dollar’s role as reserve currency. Wallis argues that a weaker greenback “would help resolve economic ills in general, and benefit larger caps”.

China is vulnerable in a trade tussle, as a net exporter. It has few good policy options to deal with internal imbalances, and must either devalue its currency or print more internally, which creates inflation.

It is under pressure to boost liquidity within a regulated system, and allowing credit losses to occur in its shadow banking sector, “with one foot on the gas and one on the brake”, in Wallis’ words.

Resilience for outperformance
A common approach, as managers confront trade frictions, is to pinpoint high-quality companies with sufficient sustainable competitive advantages to ride out negative short-term macrodynamics. Eric Schoenstein, a portfolio manager with growth and value funds at Jensen Investment Management, based in Portland, Oregon, combs through the investible universe firm by firm, with a keen eye on strong cash flow for reinvesting.

“What exactly is being targeted in itself by the tariffs?” he asks. It is incumbent on managers to determine whether a particular product is central to a company’s revenues, or whether it is an input cost. The impact on the latter might be relatively minor. For instance, producers of agricultural goods might be more directly affected by tariffs on their products.

On the other hand, although a steel tariff would hurt steel producers, the effect would be more diluted for those who use steel as an input. “We are trying to understand the entire connection between companies and countries, rather than surface relationships,” says Schoenstein.

Global industrial firms have already established sourcing and distribution around the world. Still, a trend is pulling manufacturing closer to home markets, for managing the supply chain, and companies at the margin will continue to shift where they can. “Supply chains have now become so global, they cannot be quickly repositioned,” says Patrick Kaser, portfolio manager and head of the fundamental equity team at Brandywine Global. “If trade tariffs last a longer period, like five years, particular winners could emerge,” he says.

Another theme in the search for resilience is brand dominance. Schoenstein points out how brands can provide a defence to mitigate some trade disputes. Companies such as Pepsi, he suggests, are large enough and command ample cash flow to constantly reinvest in the brand. “Relevance to local markets helps them withstand trade pressures,” he says. “They can invest from the standpoint of local appeal in both product types and advertising.”

From the opposite perspective, which types of businesses might investors avoid? Stephen DeNichilo, portfolio manager and senior investment analyst at Federated Investors, is wary of cyclical firms like “the Caterpillars of the world”. That includes the mainstays of the industrial economy, such as equipment manufacturers in mature markets, which depend on economic growth.

“If a company correlates its growth to GDP, and the world’s two largest economies are fighting, large industrial firms will suffer,” says DeNichilo. If an American farmer sees reports of a trade war on the television news, and he expects China not to buy as many soybeans, will he decide to buy a shiny new tractor? Will he make that incremental capital expenditure?

DeNichilo explains how recent quarters in US GDP growth have derived from inventory build-ups; next, an inventory unwinding tends to lead to a bumpy few quarters for GDP-driven businesses. “So you want to own companies that can create their own momentum, regardless,” he says.

Well-positioned firms
From a sector analysis, certain companies stand out as more likely survivors amid trade hostilities. Schoenstein looks to healthcare and consumer staples. He says  “healthcare infrastructure will continue to get built out”, profiting companies like Becton Dickenson, which already manufactures globally. “China will need robust systems, all the way down to needles and syringes.”

DeNichilo, who also advocates healthcare and biotech, points to Veeva Systems, which sells cloud-based pharmaceutical software. Human genome mapping, in a golden age of drug discovery, has created an influx of new pharmaceuticals, which Veeva helps bring to market. DeNichilo highlights its non-cyclicality: “A China trade war doesn’t change the desire for a cure for multiple sclerosis.”

Kaser identifies defence and aerospace, including Boeing, for which China is considering a large order. “China is up against the wall, with only two large aircraft manufacturers available.” The country needs airplanes, but does not have a domestic supplier. Planes represent a long-cycle purchase, and no one wants to put rival Boeing out of business. Even suppose China decides to buy fewer Boeing aircraft, a firm like Hico Corp provides aftermarket parts for planes already in service.

Kaser is also attracted to technology companies with exposure to fifth generation mobile phone technology (5G). He reasons: “If the US ban on China’s Huawei sticks, and that firm has limited inventory, who gains?” Marvell, for example, makes 5G equipment; purchasers will turn outside the US to Samsung and Erickson if Huawei cannot supply them. Technology is a two-edged sword in a trade war, but consulting firms like Accenture, with a global presence, may thrive as they learn to adapt to trade tensions. 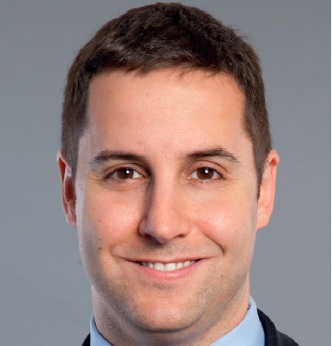 “You want to own companies that can
create their own momentum, regardless” - Stephen DeNichilo

However long spats with China continue, good quality companies will ultimately prosper. Those who provide real solutions and add efficiency can show visibility on hard results. At the same time, global macro developments such as healthcare and 5G will keep evolving. Against the backdrop of such inexorable trends, managers can outperform by thinking through the consequences for each firm and considering its idiosyncratic features.