Letter from Brussels: A tricky path ahead

The process of making pensions policy in Brussels between now and end of the year resembles two juggernauts moving towards each other. During the late summer and autumn months the Institutions for Occupational Retirement Provision (IORP) II Directive will continue its passage through the European Parliament, under the guidance of Irish MEP Brian Hayes.

As the nights draw in, clashes between one pension legislative position and another, each backed by strongly contrasting interests, will be subject to the ‘harmonisation’ process. The collisions could be painful.

Although such collisions are not new, they will be the first under the Juncker-Timmermans regime. The official tasks of Frans Timmermans, first vice-president of the Commission, and former Dutch minister of foreign affairs, is to oversee the central vetting and clearance of all proposals for legislation. This is essential before any new measures stand a chance of becoming reality.

But above all is the question of how the new Commission’s remit to boost the economy will affect the pension sector. Last November’s mission letter from Commission president Jean-Claude Junker to Timmermans referred to the priority of better regulation to maximise its contribution to “our jobs and growth agenda”.

This means, above all else, encouraging efficient investment in European business, especially in smaller companies and infrastructure – particularly if this is likely to generate jobs.

With this in mind, expect continuing high-speed progress through the Brussels machinery of the Capital Markets Union project. An appraisal report by the Commission is due this month (September 2015). 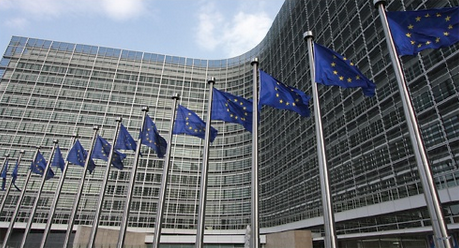 The European Commission in Brussels

Also under way is the regulation for the European fund for strategic investments (EFSI). Having been adopted by member state governments in June, the €315bn investment programme is scheduled to be “up and running by early autumn”.

Closer to the pensions sector is the issue of ageing. The 2015 Ageing Report from the Commission’s directorate-general for economic and financial affairs, finds that, by 2060, the proportion of those aged 65 and over will rise from 18% to 28% of the population, and those aged 80 and over will rise to 12% from 5%.

A follow-up report on pensions adequacy is expected to be published this month. The challenges of the impact of an ageing population on pensions have yet to be identified by the Commissioner for employment, Marianne Thyssen. Any proposed legislation is likely to take such factors into account.

Further pressure in the direction of reform will come from the publication by Better Finance, a non-governmental body, of its annual research report on the real return of long-term and pensions savings. The third in its series, it will take in seven new countries, raising its coverage of the EU population from 75% to 85%.

The managing director of the Brussels-based institution, Guillaume Prache, tells IPE that the report will show that “quite a few” countries continue to have produced negative returns since about 2000.

Better Finance receives support from the Commission, so ought not to be ignored.