Consultants give cautious welcome to HMRC’s guidance on GMP

But although the guidance covers taxation issues such as the annual allowance and the lifetime allowance, experts told IPE there are areas where guidance is still needed.

Tom Yorath, GMP equalisation lead at consultancy Aon, said: “As expected, HMRC has dealt with some of the more straightforward issues which will allow schemes to press forward with equalisation with confidence.

“However, they have not yet addressed some of the bigger challenges for schemes that want to do away with GMPs forever through GMP conversion.”

Colin Smith, senior director at Willis Towers Watson, added: “The big questions around tax treatment of ‘GMP equalisation’ relate to what happens when GMPs are converted into other benefits.

“That was never going to be addressed here, but guidance on the tax treatment of ‘GMP equalisation’ that does not mention conversion has a ‘Hamlet without the Prince’ feel to it.”

Among the areas on which HMRC has said it will issue guidance in the future are lump sums and death benefits. The agency said it will also “continue to explore the tax implications” of conversion.

GMP conversion is the process of converting a scheme member’s GMP equalisation rights into a scheme benefit so that they no-longer fall under the GMP rules.

The release of the guidance follows a High Court ruling in 2018 that Lloyds Bank had discriminated against male members of its three DB schemes by effectively accruing them a lower pension benefit than they were entitled to under the GMP rules.

Meanwhile, Yorath also warned that although he believed HMRC had “taken a relatively pragmatic view” in respect of the tax treatment of scheme members who have yet to retire, those who have already retired could be hit with an extra bill for tax. 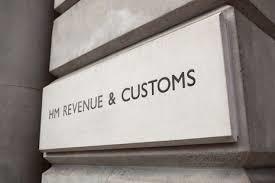 “These members will typically be those who have already paid a lifetime allowance charge when they retired,” he said.

HMRC explains in the guidance document that any increase resulting from GMP equalisation “is not a new entitlement”.

It continues that “in the main, such GMP equalisation benefit adjustments, on their own, would not constitute new accrual of benefit that should be tested for annual allowance purposes or which would prejudice applicable lifetime allowance protections.”

But the document also goes on to warn that “such adjustments might have an impact on the amount of any previous and future benefit crystallisation events.”

Matt Davis, head of GMP equalisation at Hymans Robertson, said the pensions industry would welcome this “fairly pragmatic approach” to recognising that GMP equalisation relates to benefits built up before the current pensions tax regime came into force.