Norway’s domestic SWF gets specific on ESG demands for bonds

Folketrygdfondet, the manager of the domestically-invested part of Norway’s sovereign wealth fund, has increased its focus on corporate bond issuers in the new update of its ESG expectations for the companies – a change the manager hopes will boost the credibility and transparency of the local bond market, and help the fund price risk better.

Jørgen Krog Sæbø, Folketrygdfondet’s CIO for fixed income, told IPE: “The main thing we have included this time is our expectations for the fixed income market, for managers and book runners as well as for issuers.”

Publishing the revised edition of its guidance to companies on their handling of ownership and creditor issues last month – including corporate governance, environment and social matters – the Oslo-based manager said a stronger focus on responsible fixed income management in recent years had contributed to an understanding that expectations were largely also valid for its investments in the credit market.

“The expectations we had published before were for all the companies we were investing in, regardless of whether this was through equity or fixed income, but due to some inherent differences between these two markets we also wanted to have some explicit expectations for corporate bond issuers which also perhaps do not have equity listed so are not as aware of what are required from them,” Krog Sæbø said.

But earlier this year, Folketrygdfondet was also given the job of re-starting the Government Bond Fund – a financing support measure originally used in the wake of the financial crisis of 2008 – to buy the bonds of Norwegian companies as they struggled with the impact of the coronavirus outbreak.

By the end of September, the Government Bond Fund had invested NOK6.1bn divided between 69 loans from 50 different issuers, according to Folketrygdfondet’s interim report.

Krog Sæbø said that while the majority of bond-issuing corporates in Norway already complied with Folketrygdfondet’s expectations, smaller unlisted issuers may not have such a clear understanding of the expectations. 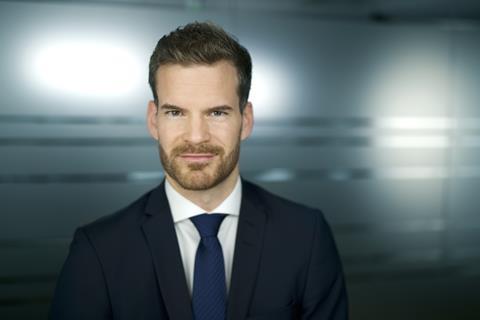 “Mostly what we see is that serious actors do what we expect. They have a long-term plan to finance themselves in the fixed income market and we are also a long-term player in the market, so our interests in having a well-functioning fixed-income are well aligned,” he said.

Achieving more clarity by means of the extended document is expected to contribute to increased investment efficiency, according to Krog Sæbø.

“We believe that by making our expectations clear, it will be better for us in the long term. It makes us able to understand and assess the risks better, and so to price it better,” he said.

“One of the other reasons we are doing it is that we want the fixed income market to be credible and well functioning, and we want to increase its credibility and transparency,” Krog Sæbø said.

P+ also said it planned to launch a green investment option in 2021, and had decided to join the Net-Zero Asset Owner Alliance.