In the debate over the future of the Swedish premium pension system, a key government agency has spoken out against the inclusion of “special funds” – a Swedish category of alternative investment fund that includes hedge funds – on the platform offering investment options to pension savers, saying to do so would be too costly.

In its consultation response to the sweeping changes being proposed to the first pillar defined contribution (DC) system, the Swedish Pensions Agency (Pensionsmyndigheten) said: “Allowing special funds with weekly trading and valuation would cause pension savers significant costs from building up support for this in the system, without providing corresponding benefits.”

But the pensions agency rejected the idea, saying the new procurement rules for funds should be designed to work together with the agency’s mutual fund model and its need for daily valuation and trading.

Overall, however, the agency said it supported the 860-page proposal published in November.

“We believe that the proposal for a procured fund marketplace will contribute to higher quality and lower costs for pension savers and pensioners,” it said, adding that having a smaller number of funds would simplify choices for pension savers.

However, it disagreed with the proposed division of responsibilities between itself and AP7, which is to be given more tasks and change its name to the ‘Authority for the Premium Pension Fund Management’.

The agency – which is currently responsible for the whole area of pension choice within Sweden’s general or state pension, which includes the premium pension – said putting the new authority in charge of designing the choice architecture for the new premium pension would make the development work very difficult.

“For these reasons, we recommend that the responsibility be pooled at the Pensions Agency and reject the proposal to transfer responsibility for the choice architecture to the new authority,” it said.

It also rejected the choice architecture’s proposed design, saying it had not been tested on pension savers.

As for the idea of AP7 being in charge of setting requirements for fund trading and fund information, the agency said that it would hamper its ability to take operational responsibility for these two areas.

“For this reason, today’s fund agreement should be replaced by two supplementary fund agreements, which each authority enters into with the fund manager,” it said.

However, the Swedish Pensions Agency was on board with the principle of giving AP7 extra duties rather than forming and entirely new authority for the premium pension.

Separately, in another consultation response published on the Ministry of Finance’s website, the Swedish House of Finance (SHOF), a financial research centre at the Stockholm School of Economics, questioned the whole notion of freedom of choice in the premium pension system. 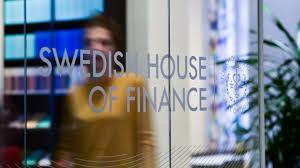 “A conflict of interests would arise if the authority should both run its own fund that competes with the funds in the marketplace, and at the same time select and monitor its competitors”

The proposal contained little information, it said, about why the new premium pension system should be governed by the principle of freedom of choice. But that at the same time, the think tank argued, this principle was being used to justify the very existence of a procured fund marketplace.

“We find it problematic that the principle of freedom of choice is justified on the basis of its intrinsic value,” said SHOF.

“If the sole purpose of the principle of freedom is to give individuals the opportunity to choose for themselves, it should be sufficient to offer savers a number of state-managed alternatives,” it said.

The financial research centre also saw “a big problem” in the idea of having the fund marketplace managed by AP7.

“A conflict of interests would arise if the authority should both run its own fund that competes with the funds in the marketplace, and at the same time select and monitor its competitors,” it said, adding that this became especially problematic when the procurement criteria were partly discretionary, and the decision on the number of funds was delegated.

Political risk would grow, it said, as AP7’s default option within the system grew – an expansion that it said was likely to happen because the new regime would lead to more and more pension capital falling into the fund.

“There is a risk that when the fund’s mission is broadened to include funds marketplace management, it will also be easier for future politicians to influence the fund’s investment strategy, which would be very problematic,” the institute said.