The data shows the sensitivity of European equity funds to changes in a selection of macroeconomic factors: European default spreads, European term spreads, European interest rates and European inflation. The higher the sensitivity, the higher the probability that the performance of the funds will respond to changes in the selected factors. The top charts show the sensitivity of the funds to the factors, while the bottom charts show the monthly movements of the factors over the past five years. IPE and PureGroup chose the five largest actively managed European equity funds, in terms of assets, from the Morningstar database. The asset values are expressed in euro.

1. European default spreads – uses a composite of European BBB–AAA corporate bonds as an index to represent European default spread trends. The chart shows that JP Morgan Asset Management, Allianz Global Investors and Invesco have maintained a positive sensitivity in the past five years compared with the neutral to slight negative positioning of UBS Global Asset Management and MFS. Importantly, there has been relative persistence in cohort positioning, with JP Morgan being the most positively sensitive fund to increasing default spreads with Allianz and Invesco closely aligned, as well as MFS and UBS. 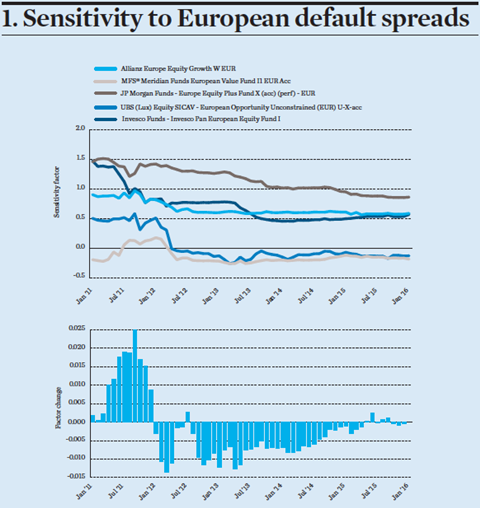 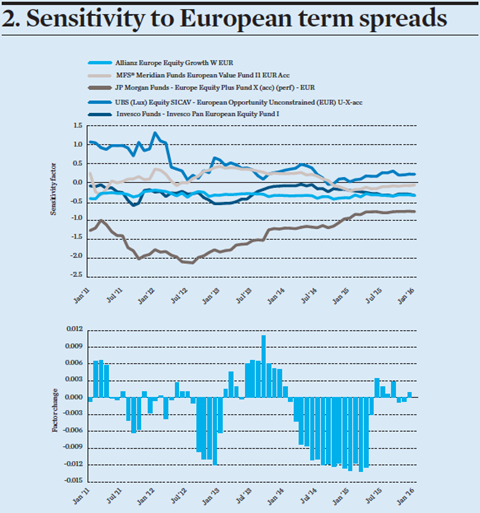 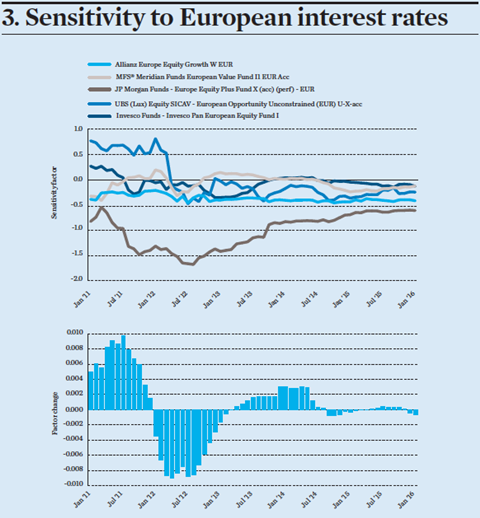 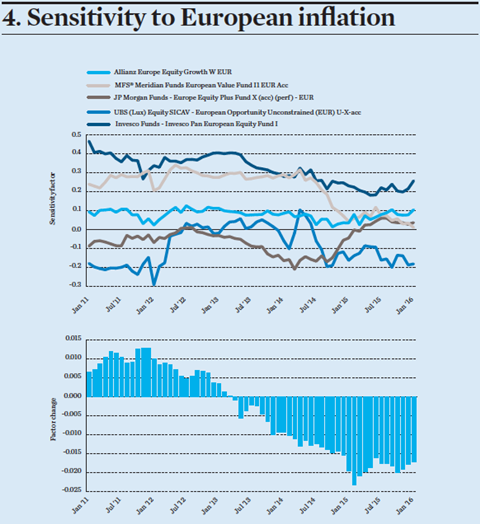 The macroeconomic correlation modelling that drives the methodology was developed with US-based academics and Parala Capital, founded by Professors Russ Wermers, Allan Timmermann and Steven Goldin. The model was developed based on their published papers in the Journal of Financial Economics in 2006 and 2013*.

The model provides a unified approach to looking at open-ended, closed-ended exchange-traded products and captures over 8,000 investment products and additional share classes across major asset types.

The approach provides a basis for interpreting the relationship between an investment and wider economic movements. The model analyses an investment product’s positioning to leading economic factors. In addition, the unified model allows for peer group assessment in an efficient and repeatable manner.