Four months after the failed referendum on a comprehensive Swiss pension reform, there is widespread disagreement on how to proceed.

On September 24, Swiss voters rejected the Altersvorsorge 2020 reform package, a comprehensive and – as most agree – over-complex proposal for amendments in both the first and second pillar pension systems.

Even among second-pillar experts there is no consensus on the urgency of reforming the occupational pension system, the BVG.

“Although desirable, a reform of the technical parameters is not urgent, especially at the cost of a new, more complex system,” says Peter Zanella, managing director at Willis Towers Watson Switzerland.

Heinz Rothacher, managing director of Swiss consultancy Complementa, counters: “The mandatory minimum conversion rate (Umwandlungssatz) has to be cut as soon as possible.”

The conversion rate is used to calculate members’ annual pension payments from the accrued total and it is set upon entering the mandatory second pillar.

Legally, Pensionskassen have to calculate mandatory occupational pension payments at a 6.8% rate which – as all experts agree – is too high in the current market environment.

However, as most employers in Switzerland are paying more than the mandatory minimum into a Pensionskasse, providers can set a lower conversion rate for these additional assets.

Most recently, the UBS Pensionskasse announced a new record cut to 4.42% in an attempt to make the accrued assets last longer during retirement.

For Zanella this rate is “very low and only justified if future pension increases in line with asset performance is provided”.

Rothacher said this cut “assumes interest rate levels will stay for very long time as low as today, which might not be reflecting the reality in the future”. The new level “might therefore be too low”, he added. 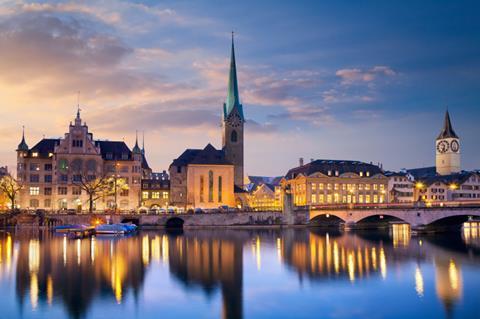 Trust in the system

Rothacher fears the rate cuts by various pension funds “will have a negative impact as savers might start to wonder why they even should be saving in the very rigid second pillar”.

He calculates that a conversion rate of just over 4.4% only amounts to a 1.5% long-term return.

“The trust in the occupational pension system is at stake,” warns Rothacher.

However, for Zanella it “is possible to keep on sailing around the problem of the minimum conversion rate – but why should we?”

Instead, Zanella wants to see this technical parameter removed from the law, especially for the sake of people in low-income industries as these seldom pay more than the minimum into a Pensionskasse.

“These people suffer the most as pension funds which only work with the legal minimum amount of contributions have to use active members’ assets to pay for pensions,” Zanella explains.

Both he and Rothacher agree there should be more transparency to what higher conversion rates actually mean for people – especially for the younger generation, which eventually will get lower pensions.

The more pressing issue at the moment, however, is the financial situation of the first pillar buffer fund AHV, which is facing a major dip around 2024 with Switzerland’s baby boomers reaching retirement.

Just before Christmas, Alain Berset, minister for social affairs, presented a new reform proposal prioritising the first pillar. This has to be debated and put into a legal draft, meaning it could be a while before any results are seen. In addition, Switzerland has a general elections in 2019.

No matter when the reform comes, Zanella hopes “there will not be too many new regulations” increasing complexity.

Rothacher emphasises that trustee boards should not wait on the Swiss government but rather make alterations to their technical parameters as soon as possible.