The Slovenian company said in a press release that it had “initiated procedure to establish a pension insurance company in [North] Macedonia”.

Triglav said it aimed to manage both mandatory and voluntary pension funds.

Approval has yet to be granted by North Macedonia’s Agency for the Supervision of Fully Funded Pension Insurance (MAPAS), but the regulator announced the filing of Triglav’s application on its website.

Triglav’s decision to enter the Macedonian pension market follows the introduction of a new law at the end of last year, which allows some people in the mandatory second pillar to change pension funds. 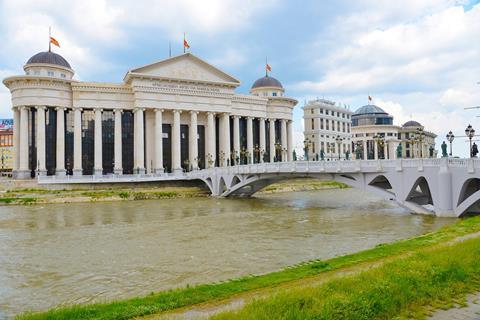 The Archaeological Museum in Skopje, Macedonia

When the system was set up in 2005, all people employed after 2003 who had reached a certain age had to join one of the two pension funds that had been set up for the new mandatory system.

People employed before that date and born before 1967 could opt into the system, and roughly 60,000 workers did.

They can now choose to opt out of the second pillar or stay with one of the pension funds by writing to MAPAS by the end of September. If they do not make a selection their membership in the second pillar will be terminated and the accrued assets paid out.

Since inception there were only ever two providers in the Macedonian pension fund market – both of which are co-owned by Slovenian providers.

The larger provider, KB First, is co-owned by Slovenia’s Skupina Prva and North Macedonia’s largest bank Komercijalna Banka. KB First managed €529m in its pension subsidiary as of the end of January 2019.

The second provider, NLB Nov Penziski Fond, has been owned by Slovenia’s Sava Re since last year. NLB managed MKD31bn (€500m) in pension assets both in its mandatory and voluntary fund as of the end of 2017.

For last year, both mandatory pension funds achieved around 3.2% in net returns with similar levels reported for the previous 5 years.

Triglav – Slovenia’s largest insurer – has offered life insurance services in North Macedonia since 2017, and has insurance and pension subsidiaries in various other central and eastern European countries.

In April 2018, it bought a majority stake in the only pension insurance company in Croatia, the €12m Raiffeisen Mirovinsko osiguravajuče društvo, from its owner Raiffeisen Bank Austria. 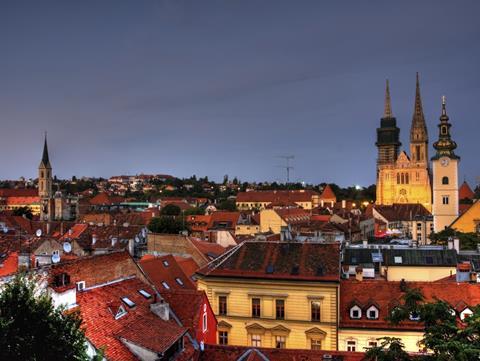 The statutory retirement age for both men and women in Croatia is set to increase to 67 by 2033.

In addition, the government has introduced tougher penalties for early retirement, and retirees are now allowed to work half-days without losing their pension benefit.

In an assessment paper, the IMF described the reforms as “a significant step in the right direction” towards more sustainability in the pension system.

However, public pension spending has been increased in order to compensate retirees whose second pillar pension did not generate expected returns. They now have the option to return to the first pillar once they retire, with a 27% increase to their pension.

The country’s pension deficit was 4% of GDP and the IMF did not expect it to go down with these measures alone.

“There is still room to eliminate group-specific pension provisions and strengthening the second pillar of the system,” the IMF said.

According to the international body, Croatian authorities “agreed that the pension reform could have been more ambitious but highlighted that this was the best of the politically feasible options”.