Magnus Billing, CEO of Swedish occupational pension provider Alecta, is a member of the high profile expert body that advised the European Commission on a sustainable finance strategy for the EU. IPE spoke to him after the group published its final report last week.

Appointed by the Commission in late 2016, the High Level Expert Group (HLEG) on sustainable finance had quite a mission. In the words of Commission vice-presidents Valdis Dombrovskis and Jyrki Katainen: “The group was given a mandate to prepare a comprehensive blueprint for reforms along the entire investment chain, on which to build a sustainable finance strategy for the EU.”

And this, the Commissioners said, is exactly what it delivered.

Alecta’s Billing was one of the two main occupational pension provider representatives on the group, alongside Claudia Kruse, managing director for global responsible investment and governance at APG, the investment manager for €403bn Dutch civil service scheme ABP.

He told IPE that he was proud of the work the HLEG had done.

“It is exciting to see what will happen with it and what the European Commission decides to push forward,” he added.

The advisory body presented eight “priority” recommendations in its final report, one of which was that investor duties be clarified “to extend time horizons and bring greater focus on environmental, social and governance (ESG) factors”.

Billing said: “I think that investor duty has a critical role to play in order to make a difference in allocating what I would call the mainstream capital to sustainability investments and achieving the policy objectives that are quite clear to all of us in the market: the Paris Agreement, the [UN] Agenda 2030 [for sustainable development] and so forth.”

A persistent argument made by those pushing for more ESG investing has been that pension funds have been misinterpreting investor duty and failing to appreciate it required consideration of ESG factors.

The HLEG’s recommendation on investor duty has made some in the European occupational pension industry uneasy. Billing, however, said pension funds should not fear over-regulation.

The expert group’s recommendations were based on the view that there were still only a few pension funds that had really integrated ESG factors into their investment process, and for many there was a misalignment between the time horizons of their liabilities and assets.

“I am not sure that is to the benefit of the beneficiaries, i.e., the owner of the money that we manage, and I think that is a very important point the report is making,” said Billing.

The HLEG also considered that laws regulating investor duty in Europe were not harmonised, he added.

“We concluded that the marketplace would benefit from a codification of what investor duty actually entails, also underlying the importance of understanding and fulfilling beneficiaries’ demands and requirements,” said Billing. 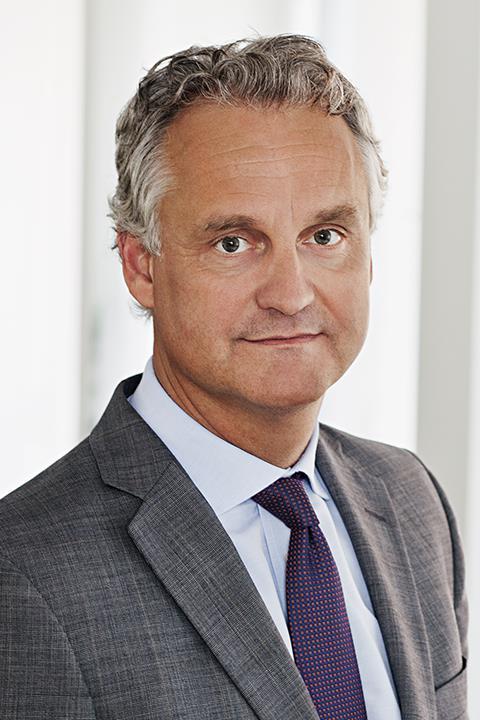 The HLEG’s recommendations about investor duty should be seen in connection with the rest of the group’s report, he added.

He highlighted the fact that the group focused on identifying and suggesting measures to remove hurdles standing in the way of more capital being allocated to “sustainable and inclusive growth”.

“That is the right way to go about it if we’re going to have a meaningful impact,” he said, “because large pension funds will normally look for investment opportunities that are scaleable and have a low transaction cost.”

Billing also highlighted the group’s recommendation that the EU endorse and implement the guidelines and recommendations of the Task Force for Climate-related Financial Disclosures.

“This is a first step to get to the point where we actually get standardised, qualitative forward-looking data to process,” said Billing.

Similarly, requiring the European supervisory authorities to consider climate risk as part of their work would also be beneficial, as it could lead to regulators asking investors to provide assessments of such risks in their own risk reports.

Billing said: “From there the step is actually quite short to actual risk management and then also assigning risk and capital charges, and maybe we will then see that if you are clever and prudent when you assess your ESG factors in the investment process you get a lower capital charge.”

The HLEG also proposed an EU classification system to establish market clarity on what is green or sustainable, but Billing warned against this being used as a basis for determining capital charges as “we’re far away from that”.

One of the recommendations of the HLEG was that pension funds consult their beneficiaries about their sustainability preferences, and incorporate these into investment decision-making.

Some were concerned by this suggestion, but Billing said asking pension funds to consider the wishes of their members regarding how their money was invested should not be seen as “a big ask”.

The obligation could be fulfilled in many different ways, depending on the asset owner and its structure, he said.

“I think it’s a reasonable ask for anyone managing other people’s money to try to do that in a way which is in line with what the interest of that beneficiary is,” said Billing. “If you feel that that is a big ask I think you have an issue with your service.”