The chair of the Actuarial Association of Europe (AAE) has indicated the organisation, which is in discussions with the Institute and Faculty of Actuaries (IFoA) about it remaining a full member, “needs to look into” questions of arbitrage surrounding actuarial qualifications.

Falco Valkenburg was speaking to IPE following an extraordinary general meeting held earlier this month to discuss the IFoA’s proposal for a new approach to subscriptions to the AAE.

The IFoA is seeking a revised relationship with the AAE for reasons including to do with the UK no longer being in the European Union, and a legal challenge in the UK that, according to the IFoA, would mean it could not participate in a mutual recognition agreement (MRA) with the AAE.

An MRA is a reciprocal agreement that recognises the participating actuarial bodies’ professional qualifications. The legal challenge in question is that the IFoA is awarding its UK fellowship qualification to European actuaries who in some cases qualified up to a lower level via their domestic qualification.

The AAE’s Valkenburg said the outcome of its recent extraordinary general meeting was positive, as members of the AAE had indicated they wanted the IFoA to remain a full member, and had given the AAE board a formal mandate to have further discussions about the terms and conditions of that membership. 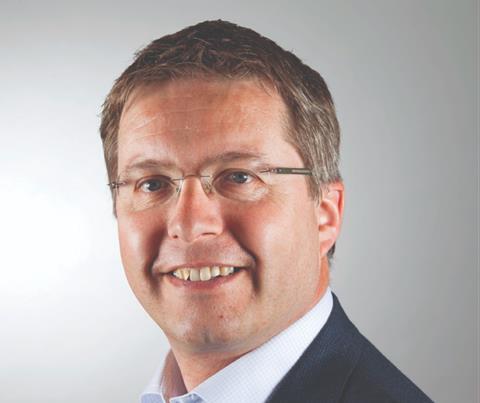 The AAE would want those discussions to address the legal challenge the IFoA faces in relation to the MRA, said Valkenburg.

All AAE member associations have to meet the education standards set by the AAE core syllabus, but individual associations are able to do require more.

Valkenburg said: “What we need to prevent is that people would go to the country with the lowest bar but still meeting our requirements, and then apply in another country to become a full member there.”

The IFoA wants to remain a full member of the AAE, but would also like to pay less. It has so far not paid the AAE subscription fees for 2020/21 that were due in April, and has asked the AAE to waive any late charge.

The Institute has proposed that the AAE’s statutes be amended to introduce a cap on the number of a member association’s individual members that subscription fees can be based on – this was the focus of the extraordinary general meeting.

AAE’s Valkenburg said the IFoA had been very “straightforward” in proposing a cap based on a fixed number – 5,500 members – and that AAE would prefer something “more dynamic” although the monetary outcome would be similar.

“We are entering into constructive and friendly discussions and hope to find a solution together,” he said.

Valkenburg also said the discussions between the AAE and the IFoA would also be about how the organisations could work together, and what roles the IFoA could fill in light of the UK no longer being in the European Union.

The IFoA has said that it would not be appropriate for it to comment further until the outcome of discussions with the AAE was reached.