The minimum required funding ratio needed to increase pensions must be lowered or scrapped, five closed Dutch company pension schemes have demanded in a joint response to the consultation on the country’s pension reform law.

The schemes of ING, dairy company Campina, shipping firm Nedlloyd and IT consultant Atos as well as the closed pension scheme for dentists are all planning not to make the transition to the new Dutch pension system that will be based on defined contribution (DC) arrangements.

If these pension funds do indeed decide not to make the transition to the new pension system, the current financial assessment framework (FTK) will remain valid for them. Under current rules, a funding ratio of at least 110% is required for pension funds to increase pensions.

In their response, the five funds contend that the current indexation threshold “can prevent a balanced distribution of a closed pension fund’s existing buffer across the different age groups within a fund.”

More specifically, the five funds are afraid older retirees may miss out if the current rules around indexation remain in place, as these leave a risk pension funds could end up with an excess buffer after they have paid their last liability.

“In our opinion, the current rules around indexation therefore do not always fit the specific circumstances of closed pension funds,” the quintent said in their consultation submission. They provide two possible solutions: a general relaxation of existing rules or “fund-specific solutions”.

“Because closed pension funds are a heterogeneous group, we believe the latter would make most sense,” says Roel Mehlkopf of Cardano, the LDI-manager of some of the funds in question. Mehlkopf helped the five funds draft their consultation response. 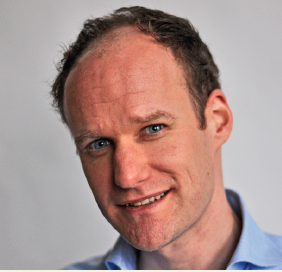 “Some funds have an obligation to pay a deficit recovery contribution for example, some funds only have a year or 10 to go while yet others only have closed recently,” he says.

Mehlkopf is advising funds to individually ask regulator DNB for an exemption from the rules. If an exemption is granted, a fund can increase pensions as much it wishes, as long as the funding ratio remains above the minimum required level of 104.3%.

But why do the funds make this request right now? After all, it doesn’t relate to the switch to the new pension system as it concerns funds that plan to stay in the current system.

“It’s correct that funds have been trying to deal with this problem for some time. But now that it has become clear that the current financial assessment framework will only remain for closed funds, there’s momentum to bring up this very point with the regulator,” says Mehlkopf.

The current, strict rules are not without reason however, Melkopf acknowledges.

“The current framework exists to limit the chance of pension cuts, and of course you want to avoid the situation that the youngest participants in one of the schemes will end up having to deal with a funding gap.

“However, the current rules also work the other way. If your funding ratio falls below the minimum required level (of 104.3%), you don’t need to cut pensions right away.”

So will the closed funds promise to cut pensions quicker in exchange for an exemption?

“This indeed could be part of a deal,” says Mehlkopf. “It’s possible that such a pledge could help convince the regulator to grant an exemption.”