The US central bank has joined the Network for Greening the Financial Sector (NGFS) along with seven other organisations, a development that the group said “firmly cements the NGFS’s commitment to collective action on a truly global level”.

The NGFS today also published analysis of responsible investment practices in central banks’ portfolio management – including pension portfolios – and of a survey on monetary policy operations and climate change.

The Federal Reserve’s joining the NGFS, which has been expected, comes after a pledge from US president elect Joe Biden to rejoin the Paris Agreement. The Federal Reserve board began participating in NGFS discussions and activities more than a year ago.

“As we develop our understanding of how best to assess the impact of climate change on the financial system, we look forward to continuing and deepening our discussions with our NGFS colleagues from around the world,” said Jerome Powell, chair of the Fed.

In Europe, the European Securities and Markets Authority has also joined the NGFS alongside the Central Bank of Iceland and the Polish Financial Supervision Authority.

The other new members are the central banks Paraguay and Uruguay, and the financial regulatory authorities of Egypt, and Indonesia. 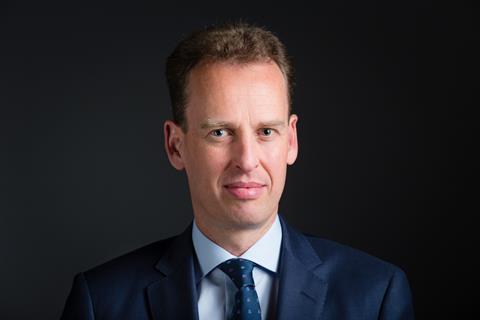 Frank Elderson, chair of the NGFS and member of the ECB executive board

Frank Elderson, chair of the NGFS and member of the European Central Bank’s executive board, said he “wholeheartedly” welcomed the Fed and the other new members.

“The NGFS has achieved a lot in the three years since its inception. Yet our job is far from finished. We must still press on with our collective efforts to ensure we reach net-zero emissions and address the risks the climate crisis poses to the financial system,” he said.

Most central bank SRI progress made in pension portfolios

One of the NGFS’s aims is to support momentum in central banks’ inclusion of sustainability considerations in portfolio management.

According to a progress report on this published today, the level of adoption of sustainable and responsible investment (SRI) practices has grown markedly for three out of four portfolio types, with the most progress being made within the pension portfolios.

These lag behind the own and policy portfolios somewhat, however, although survey responses suggested adoption levels could increase further, the NGFS said in its report.

Out of the surveyed central banks that manage a pension portfolio, 45% currently had SRI practices in place, and another 27% were considering implementing them.

In terms of strategies, the NGFS said ESG integration was “more specific to own and pension portfolios, but different interpretations of this strategy make analysing the results challenging”.

The NGFS also published a report on a survey it circulated among its membership to assess the degree of preparedness that central banks currently have to cater for climate-related risk in their monetary policy operations – 26 central banks representing 51 countries participated in the survey.

According to the NGFS’s report, the result of the survey “confirms an increasing and shared awareness of climate-related risks among central banks, albeit with limited concrete actions having been taken so far”.

The survey forms part of an analysis the NGFS is carrying out of the links between climate change and monetary policy operational frameworks of central banks.