Global institutional pension fund assets in the 22 largest major markets (the “P22”) reached $52.5trn (€43.2trn) at end-2020, an 11% increase over the year, according to the Global Pension Assets Study from the Thinking Ahead Institute (TAI).

Pension assets have grown substantially as a percentage of GDP, in part due to lockdowns having led to shrinking national economies. The US and Europe experienced a major recession in the first four months of 2020.

However, recent announcements of the effectiveness of vaccines, alongside the significant government support, have improved the TAI’s outlook for the shape of global recovery.

Marisa Hall, co-head of the TAI, a not-for-profit investment research and innovation member group originally developed by Willis Towers Watson, told IPE: “In this context, pension funds are spending more time to carefully consider how to improve resilience by thinking about maximising diversity, removing unrewarded risks and carefully thinking through and managing their liquidity needs. Those funds which emphasised diversity and downside protection fared well during 2020.”

The P22 includes the seven largest pension markets (P7) – the US, Australia, Canada, Japan, along with the UK, the Netherlands and Switzerland. Within Europe, it also includes Finland, France, Germany, Ireland, Italy and Spain.

In absolute terms, the P22’s average estimated compound annual growth rate over five years was 6.8%, with the highest being 15.0% for India and the lowest, 0.3%, for Spain.

“Over the past year in particular, Spanish funds have seen a number of challenges,” said Hall. “Similar to many countries, the pandemic has had a significant impact on returns. Many pension funds continue to hold large portions of their assets in fixed income bonds, although the larger funds have started to increase their allocations to alternatives. Funds that had stronger diversification across non-domestic markets fared better.”

The survey found that pension fund growth is underpinned by ongoing multi-decade themes such as the rotation from equities to alternatives, and the growth of defined contribution (DC), now the dominant global pensions model.

“This paints a picture of a resilient industry in good health and relatively well placed to weather the effects – economic and otherwise – of the ongoing pandemic,” said Hall. 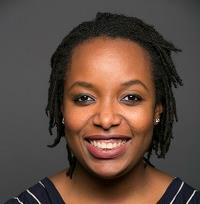 “There have been moves to improve diversification in the alternative space, to capture returns higher than those from traditional asset classes”

Marisa Hall, co-head of the TAI

“There have been moves to improve diversification in the alternative space, to capture returns higher than those from traditional asset classes. Meanwhile, the increased adoption of DC has improved the sharing of risk between employers and members.”

In 2000, just 7% of P7 pension fund assets were allocated to private markets and other alternatives, compared with over a quarter of assets (26%) in 2020.

The shift comes largely at the expense of equities, down from 60% to 43% in the period, while bond allocations fell marginally from 31% to 29%. The average P7 asset allocation is now equities 43%, bonds 29%, alternatives 26% and cash 2%.

However, in geographical terms, Hall said there is still a home bias among European pension funds, which need to be more globally positioned in order to achieve more diversification.

Meanwhile, she observed that the diversity of pension fund boards continues to remain a problem.

She told IPE: “We believe that better gender and ethnic diversity on boards is a moral and financial imperative and needs improving, while robust governance and an effective culture is key to improving the decisionmaking process.”

She said a further issue is technology usage and data manipulation, especially in relation to environmental, social and governance (ESG) investing: “Data challenges introduced by sustainability and alternative data have made existing data platforms appear less than adequate.”

But she added that ESG has moved well up pension fund investment agendas.

She told IPE: “Portfolios are shifting towards improved climate risk management, or even net-zero targets, and we are seeing pension funds talking about their carbon journeys – how they manage carbon in the portfolio over time.”

She said more funds are considering their portfolio quality, not just from a risk/return perspective, but in terms of risk/return/impact: “They are now embracing the broader concept of understanding their ESG footprint, and this will be a game-changer,” she told IPE.