Danica Pension – Thomas Dyhrberg Nielsen, the chief financial officer of Denmark’s largest commercial pension fund PFA, has been poached by rival Danica Pension and is due to start work at the Danske Bank subsidiary as CFO no later than 1 July, according to Danica Pension.

Dyhrberg Nielsen, who will be a member of Danica Pension’s executive board, has been hired to replace the pension provider’s current CFO Jesper Mølskov Høybye. Mølskov Høybye is moving to Danske Bank to become head of strategy, operations and business controls within the bank’s large corporates and institutions division.

Dyhrberg Nielsen has been CFO at PFA for more than five years, and before that, he was CFO and a member of the executive board of SEB Pension. Prior to that role, he held senior roles at ATP.

Publica – Switzerland’s largest pension fund, Publica, has named Tristan Imhof as its new head of pensions, effective 1 April. Imhof succeeds Iwan Lanz, who has taken over the role of chief executive officer at the railway pension scheme Pensionskasse SBB. Imhof is a lawyer and an expert in occupational pensions in Switzerland. He has recently worked for the occupational pension and foundation supervisory authority of the Canton of Zurich. He also served as a senior legal consultant at AON Hewitt.

ABP – Aldert Boonen has joined the board of Dutch €466bn civil service scheme ABP, representing the employees. Boonen, who has a background as a pension expert for trade union FNV, is succeeding José Meijer, who is now the interim president of the Dutch pensions federation.

ABP’s president Corien Wortmann said Boonen is “a welcome addition to the board” because of his “relatively young age” as well as his expertise as a board member of several other pension funds.

XPS Pensions Group – Elen Watson has joined the firm as head of covenant and a partner, joining from KPMG’s restructuring practice. She worked there for over 20 years, including a 12-month client secondment to The Pensions Trust to establish and build their internal covenant team.

PensExpert – The Swiss consulting, asset manager and pension products provider has appointed Rafael Lötscher as its new CEO, succeeding Jörg Odermatt, who will become chair of the boar of directors. Mark Huber has been appointed as deputy CEO and member of the management board alongside Fabio Preite.

Prior to joining PensExpert, Lötscher served at the auditing, accounting, tax and consulting firm BDO in Switzerland. He was deputy head of the BDO branch in Zug. Huber has been with PensExpert since 2008 and has set up the two locations in Zurich and St. Gallen in recent years. Preite has worked at PensExpert since 2010. He played a key role in the development of the vested benefits business.

Freyer has served at the Union Investment Group since 2008. He started as a controller in the segment portfolio management. He has been responsible for acquisition, support of national and international institutional clients. He played an important role in setting up the branch in the UK. He took over the management of the Investment Consultants, RfPs, Ratings group in 2017. Prior to joining Union Investment, Freyer worked for Ernst & Young in asset management advisory. 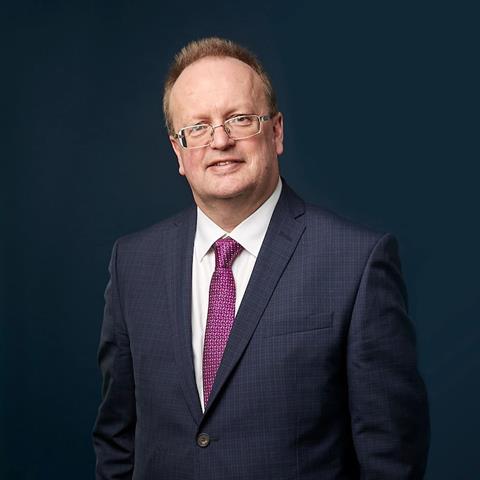 Horsfall joins from the Asset Management Exchange (AMX) where he also acted as a member of the firm’s advisory board. Before this, he was a managing director in Willis Towers Watsons’ investment practice, where he worked for more than 30 years.

Patrick O’Sullivan, head of investment consulting, said: “Our skilled and passionate investment consulting team is something we’re hugely proud of at Redington, supported by our dedicated manager research team, proprietary risk analytics and cutting-edge technology. As we continue to grow our business, we are always looking for the right people to strengthen our team and build upon the expertise, talent and quality of service our clients have come to expect from us.”

He added that both Drake’s and Horsfall’s extensive experience “will be invaluable in helping trustees and sponsors navigate the increasingly complex investment decisions they must make”.

Gilbert retired from Standard Life Aberdeen at the end of September. He is currently chair of Revolut Limited and senior independent director at Glencore, as well as chair of Toscafund.

Jonathan Dawson, chair of RMG, said: “We are delighted that Martin will be joining the RMG board. … He brings huge experience of the [asset management] sector to RMG and we all look forward to working with him to develop RMG into a substantial growth business.”

Aegon Asset Management – The firm has appointed Lindsay Hudson as head of inclusion and diversity (I&D), a new role for the business. It will see Hudson engage internally on I&D issues, and advocate for change externally.

She will report to Jane Daniel, global chief risk and compliance officer and I&D ambassador at Aegon AM. Hudson’s appointment will also see her become a member of the company’s senior management group, working closely with Aegon AM’s management board.

Hudson joins Aegon AM from Invesco, where she was EMEA head of diversity and inclusion since 2018, establishing the company’s extensive I&D programme. Previously, she worked as EMEA operations governance manager at Invesco from 2015. Hudson also worked at discretionary management business Courtiers Investment Services for 10 years as head of acquisitions and latterly head of sales and operations. She has also held various roles during her 10 years at Perpetual Unit Trust Management including involvement in the integration of the Perpetual and Invesco businesses.

Hudson is a steering committee member of cross-company initiative the Diversity Project which promotes diversity in the investment industry and is an active participant in the Investment Association and the Women In Finance Charter.

Commenting on the appointment, Daniel said: “We are committed to embracing inclusion and diversity and affecting positive, enduring change. Becoming more inclusive and diverse is not only a key objective for our business but a duty to the societies in which we live and work.”

Prior to joining the Stiftung Auffangeinrichtung, Müller-Brunner served at Lantal Textiles, at KPMG’s auditing department, as a research assistant at the Institute for Accounting, Controlling and Auditing at the University of St. Gallen (HSG), and as pension advisor at Swisscanto/Prevanto. He started at the Swiss Employers ’Association (SAV) as head of the social policy and social insurance department on 1 April last year, replacing Martin Kaiser, who left the association at the end of March.

Association française des investisseurs institutionnels (Af2i)  – Christophe Nijdam has been named the new managing director of the French institutional investor association, whose members have more than €3trn in assets between them.

Nijdam succeeds Richard Reynold, who left the association at the end of September 2020.

Following a banking career, Nijdam founded an independent financial analysis firm in 1994 which he led for 14 years. He then continued his career as a financial analyst, specialising in the banking sector. He was involved in the development of regulations with the European Commission, the European Parliament, and the authorities ESMA, EIOPA, EBA, among others.

He was a member of ESMA advisory board and is currently a member of EBA. His most recent post took him to coordinate analysts in a European proxy advisory network.

Amundi – Cécile Mouton has been appointed head of liquidity solutions, joining the French asset manager from Crédit Agricole, where she was head of financial control.

Before that she was head of financial management at Predica, a life insurance subsidiary of Crédit Agricole Group since 2012. Mouton started her career in the French civil service, in the French Civil Aviation Authority. She then worked in the French Treasury.