Too much is expected from the financial sector in terms of the fight against climate change, the director for investment strategy at €238bn Dutch pension investor PGGM has suggested.

Speaking at an Edhec climate finance conference in Paris this week, Jaap van Dam said: ”Sometimes it feels that the whole of society is looking at the financial sector to solve the climate change problem.”

“If we all play our part then we can move in the right direction and at the same time deliver a good pension.”

Olivier Rousseau, executive director at €33bn French public investor Fonds de reserve pour les retraites (FRR), said it was “mostly for the governments to do the job of forcing the private sector to do the right things for the climate,” whereby the private sector was broader than just investors. 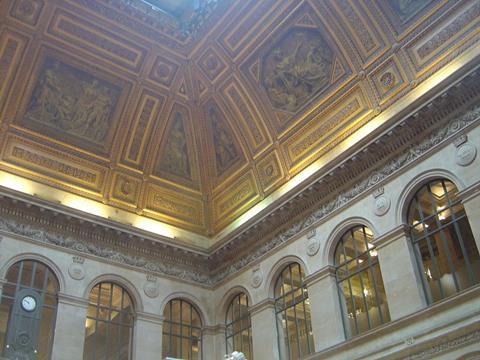 Palais Brongniart, where the Edhec conference was held

Successfully fighting climate change required investment in nuclear energy and disruptive technologies, according to Rousseau, although this was not necessarily something pension funds would be able to provide, at least not at the scale that was needed.

He celebrated as “tremendous” a recent move by the European Commission to approve €3.2bn in state aid from seven European Union countries to support research and innovation in battery technology.

“It’s a change in approach, a public response to a public emergency and that’s [a] very good avenue,” he said.

Last week the European Commission unveiled its plan for a European Green Deal, a wide-ranging growth strategy that has been welcomed for going beyond the financial sector in the bid to drive a reduction in greenhouse gas emissions.

In a discussion in the Dutch parliament this week PGGM and APG were due to call for an expansion of the current European carbon emissions trading system, and for the government to create investment opportunities that contribute to the energy transition.

Van Dam said that after several years of “harvesting the low hanging fruit”, PGGM now had difficulty finding climate solution investments at scale that would meet its required rate of return.

“Sometimes this frustrates our board and our participants,” he said. “If you look at the world as a whole probably 15% is sustainable and 85% not, so this is a very gradual moving thing and we’re part of the system.”

He gave the recent example of PGGM and Shell being outbid in their attempt to acquire Dutch energy supplier Eneco. At the time a spokesperson described the outcome as “a real pity as this kind of large investments in local energy transition were scarce”.

Unless new projects appeared, return compression meant the pension fund would have to enter deals during an earlier phase if it wanted to continue investing in this area, or look elsewhere.

Stang indicated that government green bonds were not really an attractive option given low yields, and said that PFA Pension had therefore been looking at the real estate sector to see if it could “push the envelope” on sustainability.

He explained that PFA was challenging regulators to allow it to build a 10-storey office compound entirely out of wood, arguing that in Norway it was possible to build many more stories than the two-storey maximum the Danish regulators were stating.