Tactical asset allocation: When diversification is a better bet than timing

Charlotte Moore writes that the practical difficulties of tactical asset allocation confirm the case for buying, holding and diversifying

Alternative indices aim to replicate strategies used by active fund managers by tilting portfolios towards particular systematic risk factors in markets. These can include an increased exposure to value, quality or high-dividend stocks, for example, or perhaps a greater emphasis on smaller companies, momentum or low-volatility stocks.

While these investment styles tend to outperform the market over the long term, there can be long periods where they underperform the standard market-capitalisation index.

If it were possible to predict when a particular alternative index is likely to outperform, investors could make these investment strategies work even more efficiently by timing exit to and entry from them – or even simply tilting their respective weights in a multi-factor portfolio.

For this to be viable, investors would have to be able to predict when a particular factor, or alternative index, is likely to either under or outperform. According to MSCI , there is historic evidence of different strategies performing better, depending on the phase of the economic cycle.

MSCI looked at how different alternative indices performed in changing economic environments, focusing on changes in the strength of the business cycle and inflation. Altaf Kassam, head of equity applied research at MSCI, says: “The analysis showed that when the economy is growing then cyclic strategies such as value, momentum and small-cap produce better returns than the market.”

Conversely, when growth is slowing it is the more defensive strategies such as low-volatility, high dividend and quality stocks which perform better, he adds.

Along with these general findings, the analysis also identified which strategies would perform the best in specific economic circumstances. For example, if there is low growth and high inflation, momentum strategies show the best outperformance.

• Many risk factor exposures have been found to outperform the broad market over the long term, but they can also underperform for long periods.
• Evidence suggests that they perform on different cycles, and research can show us which strategies outperform in low growth, high-growth or transitional phases of the economic cycle.
• This suggests potential for tactical factor allocation – changing exposure to one or another factor through those cycles.
• But assessing where we are in the economic cycle is difficult in itself, as it only really becomes clear over time.
• While rules of thumb can help with this, some question whether trying to time factor-exposures actually defeats the object of identifying those factors as sources of long-term outperformance.
• Diversifying may be a better bet than timing.

The more straightforward the strategy, the easier it is to predict which one will do well or badly in a particular set of market conditions. John Belgrove, senior partner at Aon Hewitt , says: “A momentum strategy, for example, would not be expected to do well when market conditions favour a value strategy.”

In theory, it should be possible to time when an investor should either enter or exit a particular alternative index.

But while it might be theoretically possible, it is much harder to implement in practice. An investor will form their opinion on the direction of the economy based on a review of the most recent data. The problem is that economic data is lagging.

Kassam says: “At the end of January, we’re only just getting data on November. We don’t know where we are now – only where we were two months ago.” Even those economic indicators considered to be leading, such as purchasing managers surveys, are really still retrospective.

It might be possible to predict the next stage in the economic cycle if all the data pointed in the same direction. But that’s the exception rather than the rule – economic data is often either contradictory or inconclusive. As a result, clear economic trends often take time to emerge. 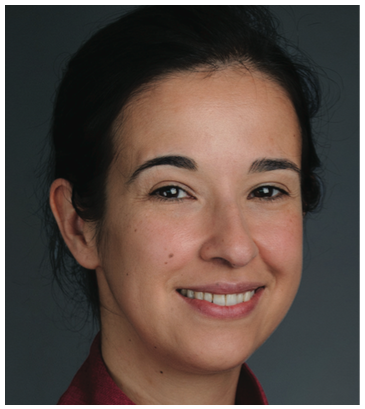 The Swiss National Bank’s recent decision no longer to peg its currency to the euro is a good example of the lag between financial market moves and the real economy.

“While the value of the Swiss franc against the euro soared 15% in a day, it will take much longer for this currency devaluation to be reflected in company earnings and national accounts,” says Kassam. “It is very hard to predict fast-moving financial markets using slow-moving economic data.”

While it might be difficult to use economic data to predict when to exit or enter a particular alternative index, there are some simple rules of thumb that can be used to determine when a particular strategy might outperform another.

For example, investors can determine when a value strategy might be likely to outperform by looking at the spread between the dividend yields of value and growth stocks over time. Phil Tindall, senior investment consultant at Towers Watson , says: “When the spread between the two yields is larger than normal, this implies that value stocks are relatively cheap and therefore appear attractive.”

But even if a spread were to reach a particularly wide level relative to historical data, there is no guarantee this means it should now contract – it could be the case that spreads would widen further.

While timing is less of an issue for the long-term investor, it would make all the difference to an investor aiming to add additional return to their portfolio by tactically exiting or entering alternative indices, adds Tindall.

Not only is it hard to predict when a particular strategy might outperform the market or another strategy, but it can also be argued that trying to time exit and entry defeats the philosophical purpose of investing in alternative indices.

Investors opt for an alternative index because they want a systematic approach to a particular market. “But trying to implement a timing strategy is an active rather than a passive strategy,” says Tindall.

Using timing would mix together two very different investment approaches, he argues. “Investors opt for this approach because they want to capture a return from a particular factor – for example, the value premium, rather than make excess returns from getting market timing right,” he continues.

There is no guarantee that an investor will time either enter or exit of a particular investment strategy correctly. It’s also questionable how much value such a strategy would add. “It just does not seem reasonable to allocate a significant part the risk budget to this approach,” says Tindall.

Belgrove agrees: “Market timing of any investment strategy is not easy and usually only obvious with the benefit of hindsight.”

While it might be difficult to predict exactly when a specific strategy is likely to out or underperform the market capitalisation weighted index, that does not mean that investors should completely ignore timing questions.

“It’s always relevant for investors to examine the relative value of a particular investment strategy,” says Belgrove. “If it looks overpriced, then it may be worth waiting for a correction before allocating assets.” Focusing on timing in this way helps investors to maintain good investment practice.

Rather than investors trying to time the exit or entry of a particular strategy, a better approach could be to invest in a range of different alternative indices, which will have different performances depending on the market cycle. Belgrove says: “The key to such an allocation decision, however, is not to overweight the strategy which has just performed particularly well.”

It is the dynamic nature of these correlations which adds considerable complexity to the combination of different strategies. For example, there are times when the investment universe of a low volatility and a high dividend income strategy overlap. By allocating to both of these strategies, an investor would effectively be doubling a particular position.

Equally, there are other times when these two strategies would invest in very different baskets of stocks. Then an allocation to both these strategies would add diversification to a portfolio and should generate smoother returns.

An investor has two options – either to ignore the correlations between the strategies or try to actively manage that correlation. They can simply allocate to a number of different single-factor alternative indices which best suit their investment objectives, says Belgrove.

Harris agrees: “It is best for investors to focus on which alternative index strategies they think will produce the best results over the long term.”

But if an investor does not want to actively select certain alternative indices they can simply allocate to all the strategies. This should prove a successful long-term investment strategy. Kassam says: “Our equally-weighted factor index outperforms the market-cap index.”

This strategy, however, cannot simply be set and forgotten about. Dell says: “An allocation to multiple factors should be monitored over time to ensure that investors are not overexposed to a particular set of return drivers when certain strategies become highly correlated.”

Perhaps the better option is to manage the correlations between the different strategies.  “That would involve appointing an active quant manager which would monitor those correlations and adjust the portfolio accordingly,” says Belgrove.

By undertaking this approach, however, investors are no longer using alternative indices as a relatively passive investment vehicle – they are now engaged in a very active management approach, he adds.

Investors contemplating such an approach should take a step back and decide whether that is the type of active manager they want to engage. They might prefer a manager who is less systematic and can carry out more fundamental analysis. “Our preferred approach is to find a fund manager with genuine talent and then allow them the freedom to pursue their investment strategy,” adds Belgrove.

An investor that does want to make money from a tactical allocation of different strategies should consider whether they would not be better off hiring an event-driven hedge fund, with a proven track record. “A pension scheme may well be better off allocating assets to manager whose sole investment purpose is to make market-timing decisions,” says Kassam.

Even if a pension scheme thinks it has the necessary in-house skills to time allocating to different strategies, it is highly unlikely they could react quickly enough. Dell says: “For a tactical asset allocation decision to be profitable, it needs to be implemented quickly and most schemes cannot make a rapid enough response.”

As usually turns out to be the case, the best bet investors can take is probably to identify their key investment beliefs, and allocate and diversify accordingly. The lure of potential success jumping from one risk factor to another looks to be as much a mirage as most other forms of market timing.