The restructured British Steel Pension Scheme (BSPS) has reported a £2.2bn (€2.5bn) “non-cash accounting surplus” following its restructure, which completed at the end of March.

Tata Steel, the Indian conglomerate and ultimate sponsor of BSPS, banked a £1.6bn “exceptional gain” on the back of the improved funding position, it said in its financial results on Wednesday.

Tata said the surplus would allow the company to “continue to support the pension scheme, allowing it to run its required low-risk investment strategy protecting its members.”

“This is an optimal and sustainable outcome for pensioners, current employees and the UK business. The entire process for the UK pension restructuring is now complete,” Tata added.

In May 2016, the UK government launched a consultation on the future of BSPS following an admission by Tata Steel UK (TSUK) that the company had lost £2bn over the past five years. Tata threatened to pull out of the UK if it was unable to reduce its pension costs.

Following negotiations with the Pensions Regulator, Tata Steel Group agreed to pay BSPS £550m in addition to transferring a 33% equity stake in TSUK into the pension fund.

Late last year, members were given a choice of moving across to the revamped BSPS or face being transferred into the Pension Protection Fund (PPF), the UK’s pension lifeboat fund. More than 83,000 members opted to transfer into the new BSPS with reduced benefits – albeit higher payments than those that transferred to the PPF.

Questions have now been raised, however, as to whether Tata should move to restore those benefits.

On its website, BSPS was clear about the distinction between Tata’s corporate responsibilities and those of the trustees of the scheme.

“The way Tata Steel treats its pension arrangements in its own accounts is irrelevant to the way that the trustee looks at the financial health of the BSPS,” it said.

However, the National Trade Union Steel Coordinating Committee (NTUSCC) said that it had campaigned for the new scheme on the basis that the alternative was the “inevitable insolvency of Tata Steel UK and the PPF for all members”.

NTUSCC added: “The trade unions have always said that if scheme funding allows then Tata and the trustees can and should improve benefits in the future. The surplus for the new BSPS that Tata has reported today is higher than we expected, which we welcome as it strengthens to case for benefits to be restored.” 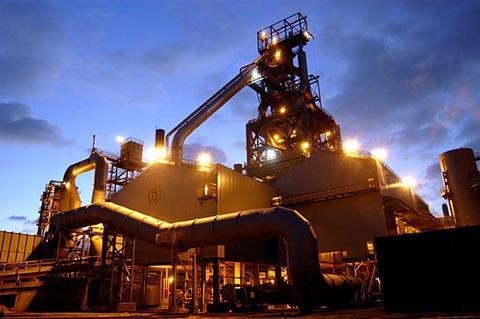