The chief executive of Sweden’s AP4 has called on the country’s legislators to give the funds the direct investment tools they need to make use of proposed new investment freedoms.

Niklas Ekvall said in the fund’s newly-published annual report: “We are to be given the opportunity but not the tools, which we find hard to believe is the intention.”

He referred to the proposed change in the investment rules for Sweden’s five AP funds, which invest capital to support the country’s first pillar pension schemes. The rules are currently going through the legislative process.

Ekvall praised the proposal for allowing more flexibility in terms of allocation between different types of investment, with the key elements being a reduced requirement to hold liquid and high-quality interest-bearing securities and increased scope to invest in illiquid assets.

“It is important, however, that this modernisation at the allocation level is followed by the corresponding level of modernisation of investment and instrument types in order not to significantly limit the more flexible allocation mandate, and impose unnecessarily expensive management,” Ekvall said. 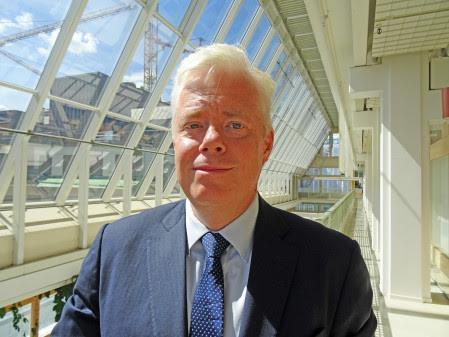 It was particularly important that the AP funds had the opportunity to make long-term and cost-effective direct investments such as joint ventures in unlisted companies, as well as investments in infrastructure, unlisted loans, and long-term sustainable assets.

The reform – part of a broader pensions overhaul in Sweden – is scheduled to take effect this summer.

In financial results, AP4 reported it made a 9.1% net return on investment in 2017, on the back of “generally favourable performance for the global equity markets”.

This return matches the return posted by AP2 earlier this month.

AP4 said it would continue developing sustainable investments in its focus areas of climate, environment, and corporate governance.

“Our low-carbon strategies increased to almost 31% of the global equity portfolio during 2017,” Ekvall said. This compared to 24% of the portfolio a year earlier.

He said AP4 intended to increase these investments further and also widen the scope of sustainable investments.

“We are doing this to lower the risk in the portfolio and create conditions for better returns,” he said.