Swedish national pension fund AP7 says there is a huge need for investment in the Nordic country’s water and sewage networks, and is prepared to invest.

Local authorities in Sweden probably needed national coordination and support to meet the challenge of the declining water infrastructure, the two men wrote.

“It is about long-term investments that require specialist competence and extend over many mandate periods,” they said. “But when decisions are taken, we would like to contribute with the funding.”

AP7 – which manages the default option in Sweden’s first pillar Premium Pension System – and SPP have published a report on the issue, together with other investors including AP3, the Swedish Church and Skandia.

In the preliminary report entitled ‘Water as an Investment’, the investors identified obstacles to improving the water system.

The report formed part of the five investors’ work on the sixth Sustainable Development Goal within the UN’s 2030 Agenda initiative, which called for clean water and sanitation for all.

Willingness of external parties to put money into the infrastructure, however, was not them problem, the Swedish investors said.

“During the course of work it has been found that there is more capital than there are investment opportunities within sustainable water and sanitation,” they stated. 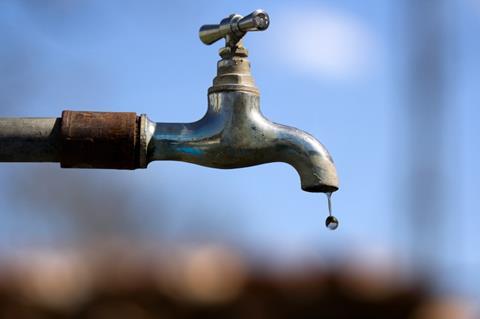 They also noted there was an unwillingness by Swedish municipalities to borrow more to fund projects.

Local authorities’ indebtedness reduced their readiness to invest, and even though water and sanitation should be kept separate from other municipal activities, the report said these loans were regarded as part of the authorities’ total debt.

The investment rate in water and sanitation was also limited because politicians, who were the ones to determine water tariffs, rejected raising these fees.

“Private ownership of water and sanitation infrastructure is not legal in Sweden, which may also restrict private investment,” the investors behind the report said.

They also noted that awareness of the risks and shortcomings within Swedish water and sanitation infrastructure was low, and needed to be raised among both the public and decision makers.

“Water and sanitation is invisible infrastructure, which is expensive to maintain, and public awareness of it is low,” the report said.