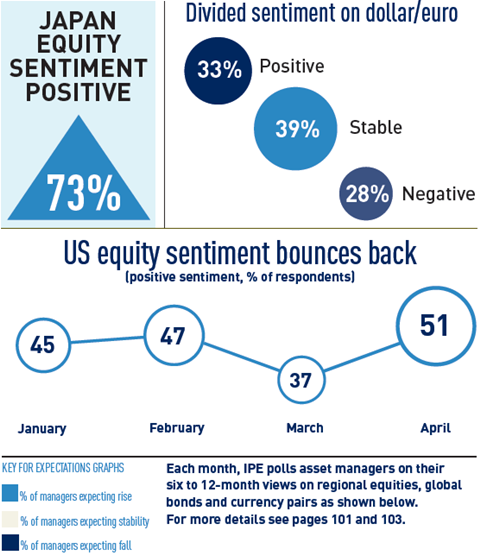 Well, that didn’t last long. The influx of pessimism in the prior survey, at least in two or three key areas, has not carried over into the most recent survey period, but has in fact reversed meaningfully. For the remaining segments, much stayed the same, which is to say that pessimism did not continue to increase. Does this mean all is well? Perhaps, as managers also appear to be thinking, we shall have to wait and see.

A deterioration in bond sentiment continues to be the majority expectation, with yen bonds being the only outlier. While this theme has become the norm, the expectation for euro bond prices to rise (yields to fall), rose to the highest level in 14 months. Positive sentiment on dollar bonds also jumped up to its highest level in 11 months. While these increases outpaced the increase in positive sentiment towards yen and sterling bond, they, too, saw an increase in optimism.

Last month, sentiment that US equities would decline increased sharply. Managers reacted to the US equity-market drawdown with optimism. At 51%, the proportion predicting a fall was the first clear majority in a year, and the increase from the prior survey was the largest month-on-month upward shift in 14 months. Other equity sentiments stayed in line, with the UK being the only market where a rise is not the majority sentiment. 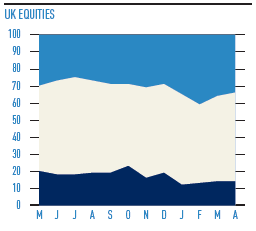 Dollar strength remains the minority opinion and the expectation for a dollar rise increased against the other currencies in the survey. The magnitude of this positive swing was not noticeably large, and mostly came from the dollar/euro pair. There, rising dollar strength was a shift of sentiment primarily away from stability, and not from the camp expecting a fall. Surprisingly, that camp grew, too. 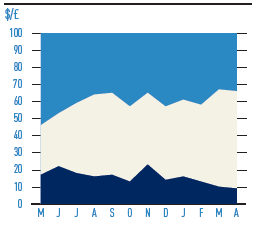