How the Howden Joinery pension fund navigated the global pandemic

When the UK government announced its nationwide lockdown on 23 March, businesses across the country were forced to close outlets and manufacturing premises.

For Howden Joinery, a leading supplier to the country’s building industry, this meant an immediate impact on sales and distribution – but also on its newly finalised plan to fund its pension scheme.

At the end of 2019, the scheme had a £57m (€62m) deficit, according to the sponsoring employer’s annual accounts, resulting in a funding level of just over 96%. The trustee board, chaired by Chris Martin, a professional trustee at Independent Trustee Services, had just signed off on a new long-term funding plan agreed with the sponsor.

Speaking at the Pensions & Lifetime Savings Association’s annual conference, taking place online all this week, Martin explained that the £1.4bn defined benefit (DB) scheme’s strong relationship with the employer and robust governance structures were vital to the trustee board’s ability to react quickly to the dramatic change in circumstances.

“We spent most of 2019 planning what that [long-term] target might look like and how it could be implemented,” he said.

The scheme decided to target a “window” of when it would achieve full funding, giving it a buffer in case of a sudden change in conditions – which proved timely when the COVID-19 pandemic hit the UK.

“The company immediately reached out to the trustee after the first lockdown was announced in March,” Martin explained. “Based on the strength of the relationship we’ve formed over the previous few years, the company was very candid and very open with us about the impact on the business.

“This put the trustees in a position where we could assess the immediate funding needs, but we could also assess what the market volatility at the time meant for our long-term objective, and whether the plan was still robust.”

The trustees’ work on diversifying and de-risking the Howden scheme’s investment strategy paid off, with its small exposure to growth assets recovering after the initial crash to the level it had been in February. The scheme’s hedging strategy also helped shelter it from movements in yields and interest rates.

After reviewing all the elements of the new strategy, the Howden Joinery scheme trustees decided no change was necessary and the fund was still on track to hit its long-term target – albeit at the back end of its “window”, rather than the start.

Martin said: “As we were happy to take that slight flexibility around the time period, we didn’t need to pull any other levers or react too suddenly. Building in the buffers, creating that resilience, meant we haven’t had to take on more risk and we haven’t had to reopen a contributions discussion.” 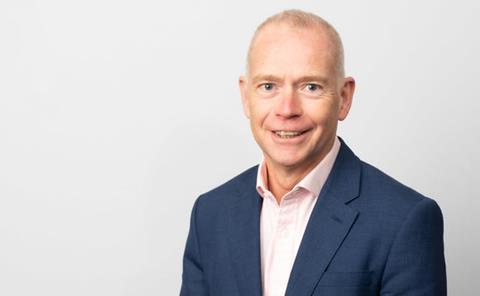 The scheme chair highlighted the importance of the board’s governance structure and “clear delegation” of responsibilities to subcommittees, which meant action could be taken more quickly than if the full board was required to oversee everything.

It also meant that the scheme has since begun searching for opportunities, in particular looking to take advantage of movements in credit spreads to buy higher-yielding assets.

Martin also said the board had started work on its risk transfer plans to take advantage of “favourable pricing” in the insurance market.

Other schemes that Martin worked with had also explored insurance options this year, he said, as “fantastic pricing opportunities” emerged during the lockdown period.

“Frankly, doing the hard yards for two or three years has really put these schemes in a great place to transact at prices I’ve never seen before,” he added.

Howden Joinery made a loss before tax of £14.2m in the first six months of 2020, according to its half-year report released in July, as a result of temporary closures to its manufacturing and distribution sites as well as its UK depots. These were gradually reopened beginning in April and were all “open and operating safely” by the end of June, Howden said.