Since acquiring Polska Press in March, eight editors-in-chief of the regional newspapers owned by Polska Press have been dismissed or pushed out. This has led GPFG to initiate talks with PKN Orlen about the takeover.

“As a general policy we do not comment on single investments, but we have communicated our expectations to ORLEN SA in our company dialogue,” a spokesman for Norges Bank Investment Management (NBIM) told IPE when asked to confirm a Reuters report that it has started an engagement dialogue with the firm.

“We have also shared information about the case with the Council on Ethics,” the spokesman added, referring to the NOK11.9trn (€1.1trn) sovereign wealth fund’s advisory panel.

NBIM believed that ensuring respect for human rights was essential for good business practice and risk management, the spokesman said, adding that the manager had published an expectation document on human rights, which laid out what it expected from companies.

“We expect all companies to respect human rights, including freedom of speech. We expect companies to follow international standards such as the OECD Guidelines for Multinational Enterprises and the UN Guiding Principles on Business and Human Rights (UNGP),” he said.

PKN Orlen ostensibly acquired Polska Press to diversify its business, an argument which has been widely dismissed as nonsensical. A Polish equity analyst who requested anonymity told IPE: “It’s very difficult to justify a business case for this transaction given the fact that there’s no business overlap between PKN Orlen and this media company. Therefore it’s obvious to me that the motives were just political.”

At the company’s AGM on 27 May this year, NBIM voted against the motion to approve the discharge of CEO Daniel Obajtek, stating as part of its rationale for this vote: “When voting on a proposal to discharge the board of responsibilities, we will consider whether any information raises reasonable doubt about the board’s actions.” 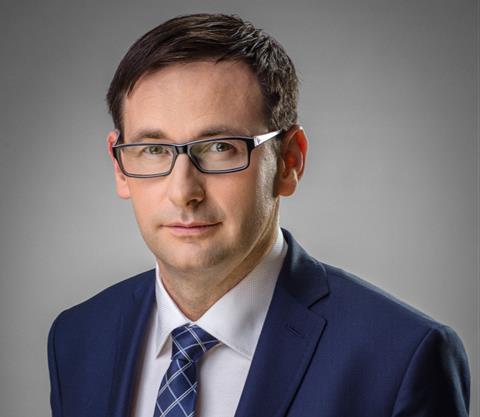 Dutch asset manager MN, which has invested roughly €6m in PKN Orlen shares on behalf of pension funds PMT and PME, also voted against Obajtek’s discharge, citing indications that the CEO was involved in “illegal activities”, a spokesperson for MN told IPE.

The spokesman declined to elaborate on what is meant by these illegal activities, but independent newspaper Gazeta Wyborcza has repeatedly published evidence of Obajtek and his family’s involvement in dubious financial transactions this year.

The engagement efforts of NBIM and MN contrast with the complete inaction of APG, the Netherlands’ largest pension asset manager, on the matter.

APG, which is an active investor unlike MN, holds €6.5m in PKN Orlen shares on behalf of pensions funds ABP and Bouw. A spokeswoman for APG said the allegations against the firm and its CEO were merely based on hypotheses. “Hypotheses do not have a place in our investment process,” she said.

Interestingly, APG did engage with PKN Orlen in 2013, when the firm was under a different leadership. The firm declined to say what this engagement was about.

APG also declined to reveal whether it voted in favour of PKN Orlen’s government-appointed CEO Obajtek, who took charge in 2018, at the firm’s latest AGM.

Some Dutch pension funds, including PFZW and PGB, have excluded PKN Orlen from their investment universe on ESG grounds.

Healthcare scheme PFZW sold off its stake in PKN Orlen recently because the firm had a relatively high carbon intensity. PGB has excluded the firm because it uses thermal coal to generate electricity.

The question is of course whether engagement with PKN Orlen is likely to have any effect on the firm’s behaviour. It is unlikely, said the anonymous Polish equity analyst: “I don’t believe it’s possible to do successful engagement with this company as it primarily serves the interests of its largest shareholder, the Polish state. Other shareholders can send a letter, but it’s not going to convince them.”

The threat of divestment will not impress the firm either, the analyst said, because of a large number of domestic pension funds that are more or less obliged to invest in PKN Orlen. According to Polish law, these funds are required to invest at least 70% of their assets in Poland.

The anonymous equity analyst also noted, however, that if investors would find PKN Orlen’s behaviour insatiable, they may also have to refrain from investing in most other oil and gas stocks in emerging markets.

“Such things [like the take-over of a media firm] happen in state-controlled sectors such as oil and gas. I’m not sure investors would be better off investing in Russian stocks such as Gazprom. All these [emerging markets] EM firms are partly state-owned or under [indirect] state control,” he noted.