Pension funds would do best to keep their strategic asset allocations steady at this point in the coronavirus crisis, according to the head of a Finnish pension fund, who said it was simply too early to draw proper conclusions about current events.

Speaking at an IPE Nordic online investment seminar yesterday, Timo Löyttyniemi, chief executive officer of Finland’s State Pension Fund, VER, said: “In terms of asset allocation, a steady development of the strategic asset allocation is the key and huge changes in the middle of a crisis are pretty risky for each of us.”

His own fund, VER, had a practice of carrying out reviews of its strategic asset allocation (SAA) once a year, he said, adding that in the latest such exercise, changes had been limited.

“This time around when we were going through it, I didn’t make huge changes to the strategic asset allocation with regard to the COVID crisis. That may be coming after one year or two years,” Löyttyniemi said.

He said it was too early for conclusions to be made about the crisis, and that these would probably have to wait until late 2021 or early 2022.

Looking ahead, the CEO said that in the next one or two months, it was easy to predict that there would be some turbulence in economies and possibly also in the markets.

After that, he said a vaccine may be available in 2021, but that its effectiveness would then have to be assessed.

Among Löyttyniemi’s list of lessons learned from the COVID crisis so far –  which he emphasised were preliminary thoughts rather than conclusions –  he said pension funds and similar investors were to a very large extent at the mercy of the market. 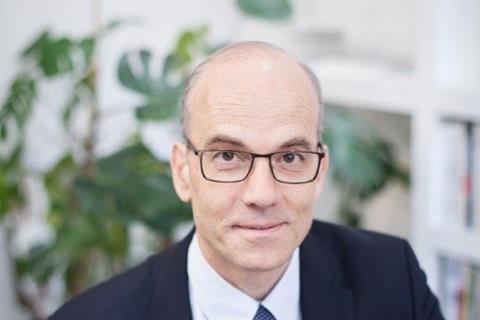 “One cannot escape the fluctuations in the equity markets,” he said.

Another lesson to note was that timing was always difficult, he said, although he suggested there could be more to gain by buying at the right time than by getting the timing right when selling assets.

“In selling equities, one can be successful, but one is doubly successful if one is able to enter the market at the right time,” he said.

“That’s my observation, and my experience from various crises of the last few decades,” he said.

Löyttyniemi also noted that in the midst of the crisis it would be their liabilities that drove pension funds’ behaviour, and that those with buffers on top of solvency of course had more freedom to act.

“That can be seen in some pension fund behaviour in comparison to 2008, where some regulation in some countries, especially in Finland, was quite tight in terms of solvency issues, and therefore pension funds were eager to sell equities,” he said.

“This time around, the solvency calculations are different and there is much more of a buffer for pension funds to act and take the heat on equity prices,” the CEO told the seminar participants.