As the world’s second largest economy (ranked by market prices), a manufacturing powerhouse and one of the leading innovators in technology, China is of great interest to investors. Internet companies such as Alibaba, Baidu and Tencent share the landscape with oil producers, financial, telecommunication and construction firms. Although some Chinese companies have raised capital on the Hong Kong exchange in the form of H-shares, Red-Chips and P-Chips, and others have listed securities in New York, Singapore and London, the vast majority of the equity capital of Chinese companies is represented by A-shares that trade in Shanghai and Shenzhen. It is only in the last decade that China has started to open these markets to foreign investors.

This greater access, together with reform of the stock market and regulatory improvements, has increased the appetite of international investors for Chinese equities. But although much has been achieved, full participation in China A-shares remains restricted and a number of technical hurdles discourage foreign investment. For these reasons, leading index providers such as FTSE Russell have not yet included China A-shares in their standard global indexes.

If China were to be classified as an emerging market today, the impact would be substantial. With no quota restrictions, China A-shares would constitute about 28% of the FTSE Emerging Market index and 3% of the FTSE All-World. China’s inclusion in global indices would therefore catalyse significant transfers from other markets, and to accommodate the flows, its inclusion would likely be enacted via several tranches. For this reason, investors globally want to understand the necessary and sufficient conditions that would prompt China’s reclassification. This article reflects on the current landscape and the remaining hurdles.

It is estimated that about 10% of the world’s assets are invested in passive mandates, and larger sums still will be invested actively through a mandate that uses an index as a benchmark or to set the investment universe. Nearly all of these will specify that the underlying benchmark, or universe, should be restricted to some combination of developed or emerging markets as classified by an index provider. The China A-share market is unclassified by leading global index providers, such as FTSE Russell, and for the country to have access to this pool of benchmarked foreign capital a classification to at least emerging status will be required. 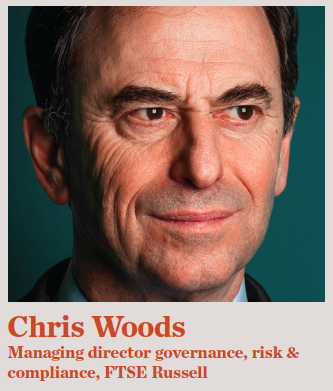 Because of the significance of a country classification change, index providers work closely with index users and the relevant authorities in the country concerned to ensure that a change in status is both desired by users and warranted by the country’s investment landscape. All the main index providers have defined processes that are followed for reclassifying countries. The classification schemes will differ in their detail but generally will take into account various criteria that investors consider important. These factors may include: economic statistics such as the size of the economy, the capitalisation of the stock market and the national wealth per head; the various protections offered to foreign investors through the quality of regulatory oversight and legal property rights; and more technical factors to do with the ease of access to, and the tradability of, the market.

The technical criteria are particularly important to passive investment managers who are frequently judged by their clients according to their ability to track the client’s benchmark index with a high degree of precision. This ability will be influenced by various factors including the ease of trading foreign exchange, the manager’s ability to buy and sell stocks at the same price as used in the index calculation, and the mechanism in place to ensure the orderly settlement of transactions.

China’s size and wealth are clearly commensurate with the economic requirements for emerging market status. A substantial reform of the A-shares market in 2005 required companies to float the non-traded shares that had been previously held by the government or quasi-governmental organisations. This was followed by the expansion of quotas allowed under the Qualified Foreign Institutional Investor (QFII) scheme and the introduction of the renminbi QFII scheme that provided additional quota for Hong Kong based subsidiaries of foreign firms. The Shanghai-Hong Kong Stock Connect programme launched towards the end of 2014 provided foreign investors with an additional mechanism to invest in A-shares by allowing a number of these to trade via the Hong Kong Stock Exchange.

The most important of these is the nature of the quota system, which affects the ability of investors to freely trade the market. Although the QFII and RQFII schemes, and now also the Stock Connect programme, allow qualified foreign investors access to the A-share market, investment managers do not yet have certainty on the size of the aggregate quota they are able to secure.

Another factor that inhibits the ability of investors to freely trade the market is the propensity of Chinese companies to seek trading suspension. Reflecting its predominantly retail investor base, the CSRC allows companies to suspend if they are likely to be the subject of significant transactions including takeovers and restructurings; this prevents public investors from potentially being disadvantaged by those trading with inside knowledge. However, during a period of market volatility in the summer of 2015, several companies effectively self-suspended in an effort to curtail further falls in their stock price. At one stage, about 47% of the constituents of the FTSE China A All Cap index were suspended.

Most of these suspensions were short lived. However, even in more normal times companies can have their shares suspended for lengthy periods, even as long as a year, whilst they undergo restructuring. Such suspensions make it extremely difficult for passive funds to match the performance of the index, particularly if those funds allow daily contributions and redemptions and therefore require the fund manager to undertake some valuation of the suspended constituents that is equitable to buyers and sellers.

On all these matters, FTSE Russell has enjoyed an open and positive dialogue with the Chinese authorities. They understand the needs and desires of foreign investors and in several areas there have been welcome signs of progress.

Although the journey to full index inclusion is not complete, for many investors the promise of the Chinese market is sufficient to outweigh the practical difficulties of investing. In anticipating the scale of China’s eventual inclusion, leading passive investors have started to adopt a range of “China inclusion” indexes that incorporate China at a weight commensurate with the current quota availability.

More cautious investors might prefer to await the inclusion of China into the standard global indices before making this move. The recent and welcome progress towards opening up the Chinese A-share market to foreign investors provides further impetus to this end. When it eventually occurs, index inclusion will provide a green light to institutional investment managers to expand their Chinese offerings. This will allow asset owners and retail investors to benefit from the future evolution of the Chinese economy, and for companies seeking to raise equity capital on the Chinese stock market to benefit from the considerable inflow of foreign funds.