Two of the largest multi-employer schemes have given the UK government contradictory advice on how it should legislate for the future valuation and collection of section 75 (s75) debts.

An s75 debt is triggered to cover liabilities in a scheme when any single employer ceases to participate or have any active members.

However, under current regulations the debt is calculated on bulk annuity pricing, normally significantly higher than technical provisions and of those used in deficit repair negotiations.

The government was lobbied over the perceived unfair nature of these regulations, recently launching a consultation on the matter.

An employer ensuring it has an active member in the scheme to avoid triggering an s75 is often out of their control, with the rules also creating competitive arbitrage.

The £2.5bn (€3.5bn) Merchant Navy Officers Pensions Fund (MNOPF) said change was necessary as an employer forced to pay an s75 debt meant it cross-subsidised other employers, often competitors, due to the high-valuation of the debt making it inherently unfair.

The MNOPF is a multi-employer scheme for over 350 sponsors working in the shipping industry.

The scheme also said there were currently no allowances for affordability of the debt, with payments required immediately after an employer has ceased participation. The current rules also made no allowances for the share of the deficit or contributions already made.

“S75 debts are unnecessary,” the scheme said. “The MNOPF has a very strong employer covenant. If an employer becomes unable to contribute to the scheme, its funding deficit share is reapportioned to the other participating employers. 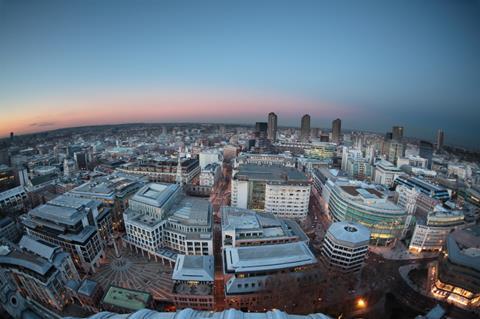 “Therefore, even if the employer debt regime did not apply to the MNOPF, it is extremely unlikely that the scheme benefits would not ultimately be paid in full.”

The scheme advised the government that the current batch of regulations could be better utilised and with a more flexible approach to calculating and collecting s75 debts, particularly allowing payments to be made in installments, and accounting for previous deficit contributions.

However, fellow multi-employer scheme the Pensions Trust (TPT) said its preferred response to an employer ceasing to be part of the scheme remained collecting the s75 debt in full.

TPT, which acts as trustee to a multi-employer DB scheme for over 2,500 charities and non-profits, said the proposals and consultation topics from the government offered limited benefits from a trustee perspective.

However, it did accept the s75 regulations in current form do present challenges to employers.

“Provided that there are sufficient safeguards in place to enable trustees to take action to collect outstanding debts should an employer’s ability to meet its liabilities weaken, we would cautiously accept changes that would allow greater flexibility for employers,” it added.

The National Association of Pension Funds (NAPF) said it could not find unanimity among its membership over what should happen when an employer loses its last active member, and whether this should trigger an s75 debt.

On balance, the representative group said, its best suggestion was to allow the triggering of a debt, but to calculate this on technical provisions over the cost of a bulk annuity.

It suggested keeping the current bulk annuity basis should an employer choose to be discharged from the scheme, but otherwise could pay the debt on a technical provisions basis and remain undischarged.

“[It would] be liable for the remaining debt should the scheme’s funding position deteriorate or another cessation event arise.”

The group also evaluated allowing more flexibility in making repayments, and not triggering an s75 should an employer lose its last active member before deciding on its suggested.

“In our view, any of the solutions would represent improvement on what is now seen with some justification as an unfair situation for the employer that is stopping accruals,” it said.