Swiss BVK to reclaim commissions of CHF20m from asset manager

One of Switzerland’s largest pension funds has won a legal battle to reclaim commissions from one of its asset managers.

The CHF33bn (€28.1bn) BVK, the Pensionskasse for the canton of Zurich, will receive CHF20m of cash not forwarded to the pension fund by the unnamed asset manager.

The court ruled that the manager must pay CHF12.5m in commissions it had received for selling shares, plus CHF7.5m in default interest.

In a press release BVK said the money would be added to the members’ assets.

It added that the legal fight before the commercial court for the canton of Zurich had been “protracted and time consuming”.

Debates on commission fees started to gain real momentum in Switzerland after a federal court (Bundesgericht) ruling in 2012 .

This ruling decided that all banks or independent asset managers receiving commission fees for selling fund products to Pensionskassen and other client types must pass these fees on to the entity making the actual investment in the fund.

At the time, a report from Reuters claimed Swiss asset managers had gained as much as CHF7bn from such commissions, known as ‘retrocessions’.

However, until June 2017 it had been unclear how far back claims could be asserted. The Bundesgericht then clarified a 10-year period of limitation.

Since the first verdict, several media outlets had reported agreements between banks and financial service providers but rarely revealed names or sums involved.

The BVK is the first Pensionskasse to openly report about its legal battle and the sum it won for its members. 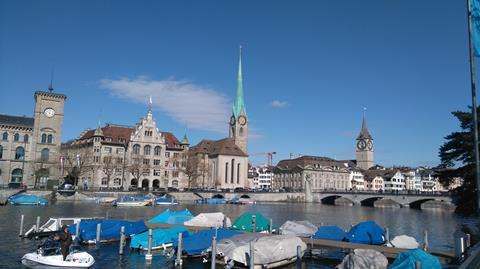 In an unrelated court ruling, six members of the investment board of a small Swiss pension fund were acquitted of misappropriation.

ACSMS – the pension fund for medical and social services in the Sarine district in the canton of Fribourg – had to the liquidated in 2015 after it suffered major losses on an investment.

In 2009 it awarded a CHF45m mandate – 80% of its assets at the time – to a single fund manager that proceeded to invest in risky foreign investments.

The commercial court of the canton of Fribourg has now ruled that the members of the investment committee could not have known that the investment decision might have been fraudulent.

An ACSMS director, who proposed the investment, is still facing legal proceedings for alleged fraudulent actions.