European pension providers have begun reporting full-year returns for 2016, with several having fared better with their investments than the year before.

In the Netherlands, Vervoer, the €23bn Dutch scheme for private road transport employees, was leading the way with a preliminary return figure of 12.7% for 2016. This is up from 1.5% for 2015.

Some other Dutch schemes came close to matching Vervoer’s performance. The €185bn healthcare scheme PFZW posted a 12% return and BpfBOUW, the €53.6bn scheme for the building sector, said it returned 12.1%.

Both ABP and PFZW – the two largest Dutch pension schemes in terms of assets under management – noted that emerging market debt, private equity, and commodities were the strongest drivers of returns in 2016. 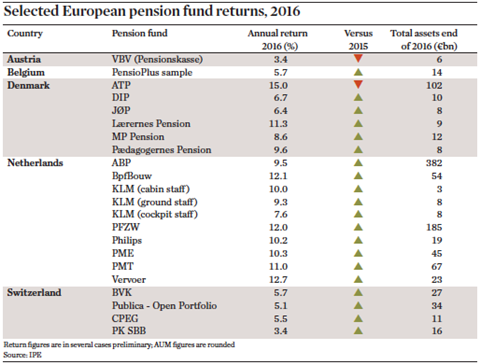 For PFZW, structured credits, including risk-sharing on loan transactions, were its best-performing investments last year, with an annual return of 21.7%.

In Denmark, the labour market supplementary pension fund ATP posted a 15% return on its investment portfolio, although this was an underperformance compared with the 2015 return of 17.2%.

ATP’s long-term hedging strategy against inflation had been the largest detractor from returns, suffering a DKK1.2bn loss, it said.

ATP divides its assets – which amounted to DKK759bn as at the end of 2016 – into a large hedging portfolio, which backs the pension guarantees it gives, and a smaller investment portfolio, which stood at DKK100.5bn at year end. Returns achieved on ATP’s investment portfolio are not directly comparable with most pension funds because of the leveraging effect from the hedging portfolio’s assets.

Elsewhere in Denmark, pension funds for various professions posted returns that were higher than in 2015. 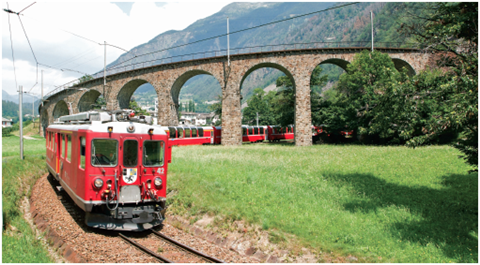 Pensionskasse SBB, the CHF17.1bn pension fund for the Swiss federal railways, returned 3.4% in 2016

Pædagogernes Pension, the DKK61.4bn pension fund for education practitioners, reported a 9.6% return for 2016, which it claimed was the best pensions return among all schemes where returns were based directly on underlying investment performance. In 2015, the pension fund made a 3.7% return before tax.

The country’s largest commercial pension provider, PFA Pension, meanwhile, reported returns between 6.5% and 8.2% on its market-rate products. In 2015, comparable returns ranged from 5.3% to 12.3%, depending on customer age and product profile.

PFA’s with-profits, or average-rate pension product, returned 6.7% in 2016, according to early financial figures.

In Switzerland, schemes’ investments fared better in 2016 than the year previous.

Publica, the CHF37bn (€34bn) pension fund for federal employees, achieved an estimated net return of 5.06% in 2016. It would have been 5.88% without currency hedging, the scheme said.

It said this was a “good performance” and that it was largely down to gains in US equity markets, its overseas equity and emerging market debt portfolios, and commodities.

Several European pension funds, including Sweden’s buffer funds, had not reported annual returns at the time of writing.