PDN, one of the Netherlands’ biggest corporate pension schemes, plans to continue independently for at least three years.

The €6.8bn pension fund of Dutch chemicals giant DSM said in its 2018 annual report that it was no longer actively pursuing a growth strategy.

The scheme said a thorough evaluation of its operations had shown that, in combination with its in-house pension provision, it was optimally prepared to address developments and uncertainties in the pensions sector.

Following the assessment, it had decided to retain to its board of equal representation, but had extended its composition with the appointment of external experts.

The company scheme incurred an overall loss of 1.8%, an underperformance of 0.2 percentage points.

It said its liability-matching portfolio – 56% of its total assets – returned 0.6%, largely due to government bonds, which gained 1.2%. Its holdings of residential mortgages produced a gain of 2.6%. Inflation-linked bonds and investment grade credit lost 0.7% and 1.2%, respectively. 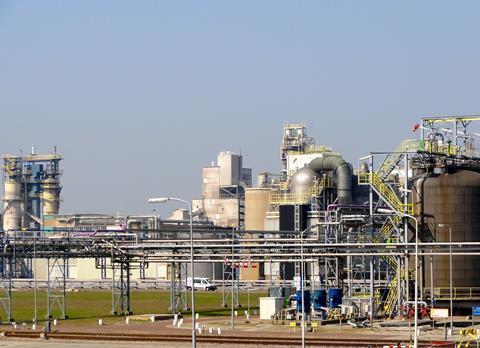 PDN is the pension scheme for chemicals company DSM

PDN’s return-seeking holdings lost 5.2%. The scheme said the 6.9% loss from equity holdings was in particular due to disappointing performance from its portfolios of European and Pacific assets.

It attributed the 4.1% loss from its listed property holdings to a slowdown in the rise of rental income and rising interest rates in the US, volatility in the UK, Italy and France, as well as a weakening housing market in Asia.

PDN said its investment in Bridgewater Associates’ All Weather Fund was among the allocations that incurred a 6.2% loss for its “portfolio of strategies”. However, it noted that the scheme’s expected returns were still 6.9% since its introduction in 1996.

The scheme also lost 2.1% on its currency hedge, following the appreciation of the dollar, the yen and the Swiss franc relative to the euro.

It has sold swap contracts and shortened the duration of its government bond portfolio in order to keep its dynamic interest rate hedge at 35%.

The annual report also showed that PDN had gained €400,000 from lending securities worth €109m.

The pension fund was again unable to grant any inflation compensation while indexation in arrears increased to 14.3% for its active members and 15.4% for deferred participants and pensioners. PDN’s funding stood at 107.4% at the end of May.