The UK Financial Reporting Council (FRC) has confirmed it will “shortly” launch a consultation on changes to the UK Corporate Governance Code.

Among the proposals, the watchdog said, would be the need for companies to link corporate governance to purpose, engagement with wider stakeholders, and “consider how they benefit wider society”.

The FRC added that it would sound out views on the future development of the UK Stewardship Code, including the extent to which the interests of wider stakeholders and broader social impacts – including environmental, social and governance factors – were integrated into engagement and monitoring by investors.

The development comes after the FRC faced a torrent of criticism from corporate-governance campaigners over claims that it had failed to enforce the requirements of s172 of the Companies Act 2006.

Section 172 says company directors must not only run a successful business but must also take account of a wide number of stakeholders such as employees, its suppliers, the wider environment, and even the wider reputation of the company.

A report conducted for the FRC has recommended greater use of non-financial penalties to improve audit quality, as well as plea bargains to speed up the disciplinary process.

The 68-page report by a panel headed by a retired judge also found that fines of £10m (€11.2m) or more could be appropriate in cases where one of the so-called “big four” accounting firms delivered a “seriously bad” audit.

The highest fine so far is the £5.1m sanction slapped on PwC in August for its audit of RSM Tenon.

IPE understands that fines are handed over by the FRC to the Institute of Chartered Accountants in England and Wales to fund the latter’s audit quality initiative.

In their submissions to the inquiry, the accountancy firms argued that fines were “already too high”, especially in cases not involving dishonesty or recklessness.

The firms also argued that there was “an excessive focus on financial penalties which was inappropriate in cases of unintentional fault”.

IASB backs off from non-financial reporting

The International Accounting Standards Board (IASB) has voted to add a project to revise and update its Management Commentary Practice Statement (MCPS).

The board first issued the MCPS in December 2010 as non-mandatory guidance to preparers.

The move marked one of the first forays by a financial reporting body into what is now known as integrated reporting.

Since then the document has been overshadowed by competing models such as the Integrated Reporting Council’s framework and the Climate Disclosures Standards Board’s model. 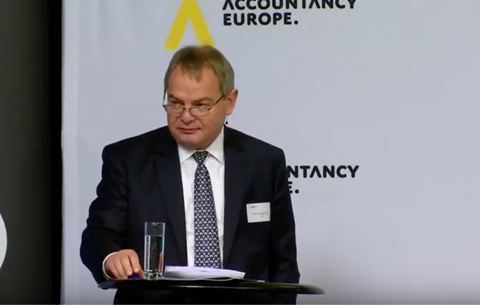 However, in a speech to a Brazilian international accounting seminar held on 9 November in São Paulo, IASB chairman Hans Hoogervorst ruled out any wide-ranging board interest in non-financial reporting.

He said: “Let me be clear: we do not plan to get into environmental and sustainability reporting. That is not our area of expertise.

“There are many other players. Our remit is, and will remain, financial reporting – with focus on the participants in the capital markets. That is investors and potential creditors.”

The FRC has revealed plans to conduct a a series of targeted thematic reviews of company financial reports during 2019.

The audit watchdog said the reviews, which will supplement its routine oversight of financial reporting, will focus on four key areas. In its sights are smaller listed and AIM companies, revenue recognition, lease and financial instruments accounting.

The FRC said it planned to contact 40 small quoted companies before their financial year-end and select two areas of disclosure from their upcoming reports and accounts for review.

The areas that the FRC will select for review, it said, will be drawn from five areas that have been flagged up in recent thematic reviews or in Financial Reporting Lab reports.

Disclosures about the effects of Brexit are also on the FRC’s hit list.