Ahead of the Curve: Value investing in the next decade

Winds of change are blowing relentlessly across the globe and the investment world is no exception. Central to this evolution is the growth of intangible assets, ranging from brands and patents to franchise agreements and digital platforms.

Accounting practices, however, have failed to keep pace with the advancement of non-physical assets, essentially distorting a company’s accounting earnings and book value figures. This is rendering traditional company valuation metrics, such as the price-book (P/B) and (to a lesser extent) price-to-earnings (P/E) multiples, increasingly irrelevant.

The development is of particular concern to value investors who historically have paid close attention to these ratios when making investment decisions. Unless the accounting framework changes, they should use them with caution to avoid value traps or, worse, companies in structural decline.

Despite the topic being crucial, it remains underappreciated. Three areas in particular merit further discussion:

● Intangible assets are increasingly the main driver of value creation.Over recent decades, intangible assets have grown rapidly in tandem with the digitisation tsunami and now comprise 84% of the S&P 500 index market value, compared with 32% in 1985. Capital spending by companies is nowadays directed more towards digital than physical resources; between 1985 and 2017 the investment rate for intangible assets in US private industries rose from 10% to nearly 15%, while falling from 14% to about 10% for tangible ones.

Intuitively, this development aligns closely with the perception of software solutions and data content (intangibles) replacing paper mills and machinery manufacturing (tangibles) as the primary source of future value creation.

A case in point is the asset management industry. Historically, business growth was equated with opening new offices (fixed assets) but today, the same business plan would be executed by hiring software engineers to build an IT platform (intangible asset) for digital distribution to new clients. We see this pattern repeated in virtually every industry segment and yet this may only be at the infancy of the digital revolution.

● Accounting standards do not adequately capture the impact of intangibles. In traditional accounting, fixed assets are usually capitalised on a company’s balance sheet and subsequently amortised over their expected useful life.

For intangible assets, the accounting treatment differs, based on whether the asset was created internally or purchased from a third party. Generally speaking, intangible assets developed in-house are immediately expensed through the income statement, while the same assets acquired externally would be capitalised on the balance sheet (and subsequently amortised). Besides the obvious inconsistency, this treatment assigns zero asset value on the balance sheets of companies investing large sums of capital into internal product research, brand-building advertising or state-of-the-art software development. 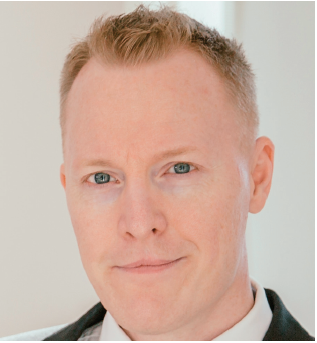 A direct consequence of this method is that reported earnings become depressed. Expressed in financial jargon, the company is under-earning, despite typically investing ahead of future revenue generation.

Conversely, companies that do not invest significantly in intangibles may well be over-earning. This is not to cast doubt on the adequacy of current accounting standards for such companies. However, they are typically asset-heavy and capital-intensive. They are also less likely to generate significant long-term shareholder value based on their life cycle stage and the heightened risk to their business model of commoditisation.

● Traditional valuation metrics are losing their predictive power to identify value. If accounting principles no longer fully reflect a company’s true financial status, it is unsurprising that their corresponding valuation metrics, based on earnings or book value, carry less weight.

Value investors have historically sought out companies trading at low P/B or P/E multiples. When today’s old-economy companies rose to dominance several decades ago, low P/B ratios were a useful tool to identify undervalued equities. However, research shows that a low (unadjusted) P/B multiple has gradually lost its predictive power of equity value creation over the past 35 years.

Similarly, the P/E ratio for a company that is temporarily under-earning (owing to digital investments) will look artificially high and investors may rashly conclude that the stock is prohibitively expensive. Conversely, a company over-earning will have an artificially low P/E ratio and the stock may erroneously be deemed cheap (although value trap may be a more fitting label).

Investors can rectify this paradox by adjusting reported accounting figures but many appear to take them at face value and therefore base investment decisions on misleading valuation multiples. This also questions the validity of comparing valuation multiples over long stretches of time, whether for an index or a stock. Companies themselves increasingly report adjusted earnings, a practice that goes some way to addressing misleading P/E ratios but raises another set of concerns. 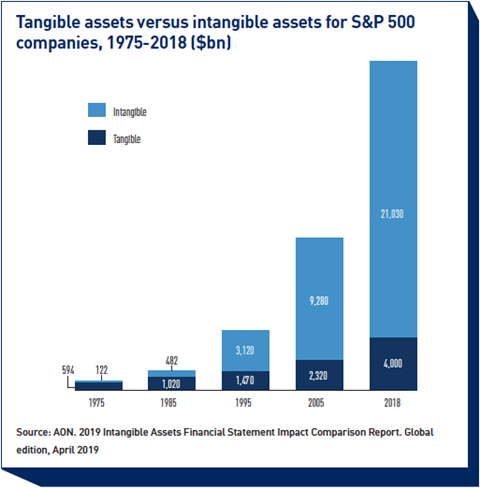 It is also worth noting that P/B and P/E represent two of the three variables used to determine stock inclusion in the widely followed style index, MSCI World Value. Could this outdated classification methodology be a reason for the long-term underperformance of value indices post the financial crisis?

In conclusion, low P/B and P/E multiples should no longer instinctively and unreservedly be considered a lodestar for attractive investments because they increasingly – but not always – signal value traps, rather than value opportunities, due to the impact of intangible assets. Still, evaluating intangibles forms a core part of value investing to find companies that trade below their long-term intrinsic value with an attractive risk-reward profile.

Knut Gezelius is the lead portfolio manager at Skagen