Aon has become the third investment consultancy to set up a Pensionsfonds in Germany, after Willis Towers Watson in 2013 and Mercer in 2017.

The vehicle, UnitedPensions Deutschland AG, has been approved by supervisor BaFin, and takes to 33 the tally of Pensionsfonds on the German market.

Aon has a pan-European pension vehicle operating from Belgium that bears the name ‘UnitedPensions’, but a spokeswoman for Aon Germany confirmed that “UnitedPensions Deutschland AG is a completely separate and independent entity”.

“There are some similarities but given the very different legal framework it has to be set up very differently and it also only operates in Germany,” she added.

UnitedPensions Deutschland is headed by Rafael Krönung, who has been with Aon in Germany since 2004 as an actuary.

The new entity was set up in November last year and has no clients as of yet. 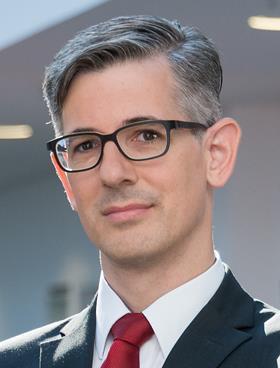 However, the spokeswoman told IPE “there is a lot of interest from companies and there is a bigger response than we expected”.

A Pensionsfonds is one of the vehicles a company can use to move pension liabilities and assets off its balance sheet. It was introduced in 2002 and designed to be attractive to companies financing direct promise (Direktzusage) pensions via book reserves.

In a press release Aon noted that companies were interested in external service providers “to save costs, outsource administration, clear their balance sheets from pension reserves or to ensure professional investment”.

Overall, the biggest 30 German companies listed on the Frankfurt Stock Exchange have around €368bn in pension liabilities still on their books, according to Mercer.

According to its most recent DAX pension funding survey, the value of the companies’ liabilities had decreased by around 2% year-on-year, mainly because the discount rate used to calculate the value had increased slightly.

However, a direct year-on-year comparison is difficult as the composition of the DAX index changed over the course of last year.

There is, however, a general trend, which also showed a decrease in pension assets reported by the companies.

Given volatile equity markets, pension assets held by DAX companies are estimated to have declined by 3%, according to Mercer.

The average funding level decreased slightly, from 69% to 68%, as some companies opted to make top-up payments to compensate for capital market losses.

Nevertheless, the consultancy stressed this was still an above-average funding level, especially given the fact that there is no legal obligation to fund pension promises.