The Belgian parliament has approved the country’s law for implementing the new EU pension fund directive, including transitional measures.

The country’s IORP II transposition law enters into force on 13 January, which is also the deadline for individual EU countries to implement the directive into their domestic legislation.

Lut Sommerijns, partner at law firm VWEV, suggested it was positive that Belgium had managed to pass legislation implementing the EU directive within the time period set.

“I think everyone is happy, but also concerned about the extra work everyone will have,” she added.

The regulator, the FMSA, is understood to be preparing the publication of several “circulars” to provide further explanation and guidance about IORP II implementation, some of which are due out this quarter.

The key IORP II implementation elements for Belgian pension funds, according to Sommerijns, were the risk management function and own risk assessment requirements.

“This is new for the pension funds,” she said.

Although they already had several risk functions and addressed certain risks – for example in the statement of investment principles or via the compliance officer or internal auditor – Belgian pension funds were not required to have a centralised, co-ordinated risk management function.

“This is where we expect the most input and most ‘translation-into-practice’ of what the FMSA circular will look like,” said Sommerijns.

The regulator had indicated it would be open to comments and suggestions from the industry, she added. 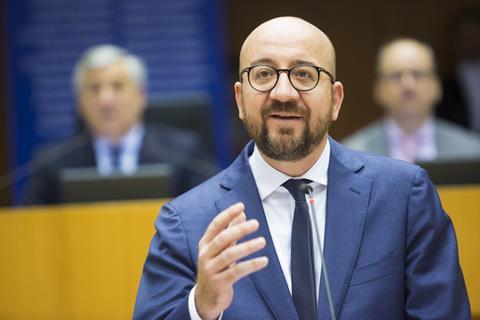 Belgium’s IORP II transposition law was voted on 20 December, two days after the Belgian prime minister, Charles Michel, tendered his resignation in response to a vote of no confidence being proposed in his government. The king accepted his resignation on 21 December, and Belgium is now under a caretaker government.

Michel’s resignation followed a disagreement over a UN migration pact, which led to the federal coalition government losing its majority after five ministers from the right-wing party N-VA walked out.

Michel tried to continue with a minority government, but failed to secure parliamentary backing.

The IORP II law passed by parliament before the winter holidays included transitional measures in response to industry requests, one of which relates to the risk management function.

It stated that pension funds had until the end of 2019 to fill the role, but needed to give the FMSA three months’ notice of their choice, to allow the regulator to make sure a “fit and proper” person had been appointed.

Sommerijins has advised pension funds to ask whoever they had appointed to fulfil the risk function to produce a report covering the entire 2019 calendar year to ensure they fully complied with the EU directive.

Another transitional measure gave Belgian occupational pension funds two years to formally adapt or introduce documentation to meet new requirements, for example in relation to the statement of investment principles or the own risk assessment.