The Belgian government is on track to obtain parliamentary approval for a law that would allow self-employed individuals to accrue second-pillar pension benefits.

A parliamentary committee approved the draft law in late January, and the full parliament is expected to pass it in due course.

According to Luc Vereycken, co-founder and CEO of pensions and insurance consultancy Vereycken & Vereycken, the new regime is due to start in July.

Currently, self-employed professionals such as traders, notaries or craftsmen do not have the same entitlements to occupational pension benefits as self-employed who are registered as directors of a company.

In addition to a state pension, the self-employed have been entitled to accrue additional benefits up to a premium of around €3,000 per year. This is known as the “pension complémentaire libre pour indépendants” (PCLI).

This led to many individuals setting up companies for pension and tax reasons.

“The government did not like that, and now, in theory, that is no longer necessary for pension reasons,” said Vereycken. 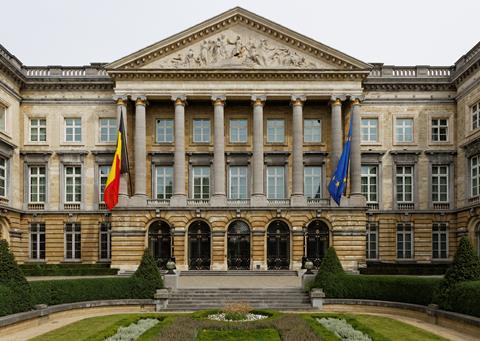 With the new law, self-employed individuals will be able to choose to save more for their pension, benefitting from a tax reduction of 30% on contributions. The net tax on the pension savings will be around 12.5% of the contributions.

As is the case for self-employed company directors, self-employed individuals will be able to save up to 80% of their taxable salary across the first and second pillar.

To sign up for the new regime, self-employed individuals can set up a contract with an insurer or a pension fund.

The law was presented to the parliamentary committee by Denis Ducarme, minister for the self-employed and small businesses, and Daniel Bacquelaine, the pensions minister.

Bacquelaine said the measure was “an additional step towards the generalisation of supplementary pensions and the harmonisation of schemes”.

Vereycken said he thought the new law was a positive development, but that “in Belgium it’s becoming rather complex”.

There was a contradiction in that, for budget reasons, the new system for the self-employed was not as attractive from a tax perspective as some third-pillar pension arrangements, he added.

Vereycken said that, although the new system had many similarities with private pension arrangements (third pillar), it was officially a second-pillar pension regime because it was governed by social law, and hence was better protected than third-pillar pensions.

This was a difference that many people did not understand, he added.

Other European governments are seeking to improve pension coverage for the self-employed. In the UK, the government has proposed extending its auto-enrolment policy to cover self-employed workers, while in the Netherlands unions are seeking better benefits and protections for “zzp’ers” from a rising state pension age.