Distributable reserves are back in the news. The board of Next – a UK based clothing and homewares retailer – has, it seems, “become aware of a technical issue” in relation to four dividend payments totalling £311.2m (€398.9m) between 2014 and 2015. Put simply, Next failed to file interim accounts with Companies House, the UK’s registrar of companies. It is a small error in the scheme of things, but one that happens with a surprising frequency.

A Next spokesman described the matter as a “procedural oversight, which it picked up for itself”. From the company’s point of view, it has no impact on its financial outlook, does not require a restatement of its accounts, and will not affect its plans return surplus cash to shareholders via special dividends or share buybacks.

The purpose of relevant, or interim, accounts is to demonstrate that a company has sufficient reserves to support a dividend payment. If companies only declared a dividend after they have published their year-end results, the issue would never arise.

But nothing is that simple. This is because a company must file interim accounts with Companies House, if it wants to pay a special dividend that exceeds the reserve levels stated in its annual accounts.

This is what Next failed to do. Unhelpfully, the law lacks a mechanism to endorse a dividend payment retrospectively, so Next must convene an extraordinary general meeting (EGM) to ratify the dividends. According to a document issued by the company’s lawyers, Next wants shareholders to approve two further resolutions to discharge both directors and shareholders of any liability.

None of this is cheap, and IPE asked Next to disclose the costs of the rectification process. The company responded that they “have not been disclosed, but are not significant”. It also confirmed that the costs of rectifying the illegal dividends are not covered by directors and officers insurance.

Meanwhile, the rollcall of UK companies that has paid an illegal dividend over the past ten years is a veritable galaxy of the FTSE. It includes Wm Morrison Supermarkets, Ladbrokes, Al Noor Hospitals, Foxtons, STV (Scottish TV) and Betfair.  Indeed, post-Betfair, leading long-term investors went public and demanded action on distributable reserves.

In Next’s case, the error is as basic as it is embarrassing. Indeed, as Next points out its EGM circular, it has always filed its statutory accounts on time and always had sufficient profits and distributable reserves to support its dividends. Mark Slade, senior counsel with commercial lawyers Macfarlanes, says: “It happens more than you might expect despite the requirements being clear. It does appear that the slip-ups can be put down to oversight.”

Macfarlanes partner Robert Boyle, adds that putting matters right can be costly – particularly if the issuer has a large shareholder base. Moreover, there is no guarantee that the steps companies take will provide complete protection against legal action. 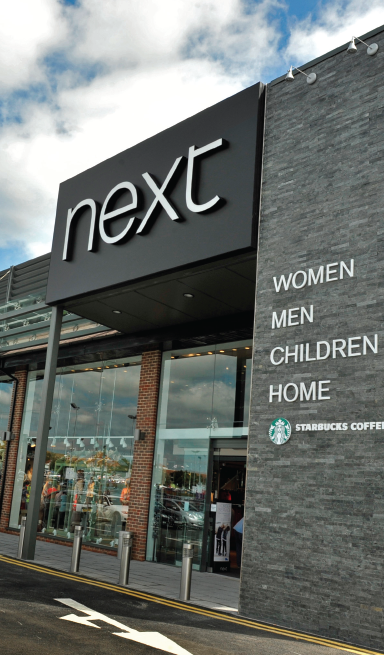 “The situation becomes more pressing in the case of an insolvency where the insolvency practitioner is looking to recover as much money as he or she can for the company’s creditors.”

But away from the basic error, why does the whole area of distributable reserves prove to be the undoing of quite so many financial directors? “The law in this area is quite complex,” explains Adam Bogdanor, a partner with City lawyers Berwin Layton Paisner.

“First, the procedure is different as between public and private companies. Second, I suspect a lot of companies fail to seek external legal advice, which in straightforward cases is understandable. And, third, the law is not entirely set out in the Companies Act, because there is also the common law to consider.”

And, as companies learn to their cost, unwinding unlawful dividends can be a messy and public affair. Directors who declare them can be personally liable to the company. If a shareholder knew – or had reasonable grounds for believing – that a particular dividend was unlawful, then he or she is liable to repay it. And where a company is in financial difficulties, the directors owe duties to the company’s creditors.

Moreover, adds Bogdanor, the overlap between law and accounting complicates the issue. “While a lawyer might say that you can only pay dividends out of distributable profits, the test of what distributable profit are is not simple. The whole accounting paper within the Institute of Chartered Accountants in England and Wales  (ICAEW) Technical Release 02/10 is 168 pages long and requires a lot of accounting expertise to understand.

“Often it is very simple, because a company has surplus cash and profits, but sometimes there are receivables, intra-group loans and gains from other transactions, and that can make it quite complicated to decide what distributable profits are. The profits as stated in the account are not the same as distributable profits under the Companies Act 2006.”

He continues: “Another issue is identifying the relevant accounts against which the test is applied. The trouble is that the Companies Act 2006 only really gives you part of the answer. For example, section 836 of the Act essentially states that either the last statutory annual accounts need to show sufficient distributable profits or more recent interim accounts need to be drawn up which show sufficient distributable profits.

“However, a long history of case law around capital maintenance means that a company cannot declare dividends out of their capital unless they go through the capital reduction procedure. Therefore, if the last annual accounts show sufficient distributable profits for the proposed dividend but those accounts are a year old, the directors still need to consider the profit and losses position since the date of those accounts.

“The Companies Act does not state this – it is a common law requirement. In other words, directors need to assess and consider the most recent financial and trading position of the company, regardless of what the Companies Act says. Compliance with the Companies Act is necessary but not sufficient. This is where people trip up.”

When the ICAEW published its technical guidance on distributable reserves, it must have thought it had all bases covered. But not quite: they missed out the bit about remembering to fill in the forms.