Canceling the effects of Italy’s Fornero pension reform of 2011 will require around €8bn of additional spending, according to reports in the Italian press.

In its budget report last week, the country’s government confirmed its plan to roll back the reforms that raised the state retirement age to 67. The coalition – made up of the Northern League and the Five Star Movement – instead wants to allow retirement after workers have reached 64 years of age while contributing to the system for at least 38 years. The measure would initially affect 400,000 workers.

The government said it had agreed to a significant rise in spending for 2019 to “overcome” the country’s public pension framework and maintain electoral pledges to lower the default retirement age.

The populist government agreed to target a budget deficit of 2.4% of GDP for the next three years. This was similar to last year’s budget target, but it represented a sharp increase from the 1.6% level initially targeted by finance minister Giovanni Tria.

The government planned to spend around €30bn on various items, according to Italian newswires. The coalition’s plan was set out in the Documento di Economia e Finanza, which will be presented to parliament next month and will form the basis for the 2019 budget law.

Other measures included €10bn to kickstart a “citizen’s income”, a form of basic income granted to the unemployed that could amount to €780 per month. The government also needed €12.5bn to maintain its pledge to scrap a planned rise in VAT, according to reports. Cutting taxes on self-employed workers from 2020 would cost around €1.5bn. 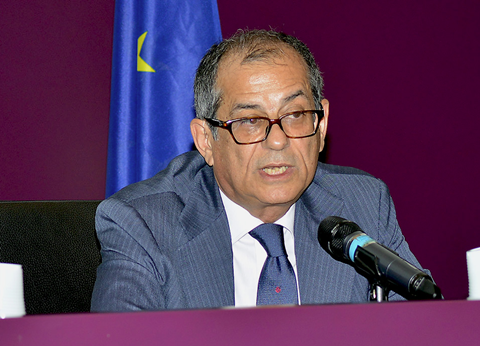 Bond markets reacted to the announcement by sending the spread between Italian 10-year government bonds (BTPs) and German Bunds to 280 basis points at one point on Friday. The FTSE MIB, Italy’s main stock market index, fell more than 4%. On Monday, the index recouped some of the losses, and the BTP-Bund spread fell back below 270 basis points.

Markets had been awaiting news on the government’s spending plan to assess the potential effect of additional spending on Italy’s government debt profile. Italy has a debt-to-GDP ratio of over 130%, among the highest in the developed world.

The rise in yields on Italian sovereign debt and fall in share prices suggested markets were pessimistic on the country’s ability to maintain its growth trajectory and a sustainable fiscal balance.

While the 2.4% targeted deficit would not infringe European Commission rules, commentators expected tense discussions between European and Italian leaders on a budget law that could weaken Italy’s fiscal position within the euro-zone.

The agreement on a higher government deficit was struck after finance minister Tria clashed with the leaders of the coalition parties, the Five Star Movement’s Luigi Di Maio and the League’s Matteo Salvini, who serve as labour minister and interior minister, respectively.

The pair – who are also both deputy prime ministers under Giuseppe Conte – forced a higher deficit pledge from Tria, who is rumoured to have threatened to resign over the matter, according to Italian media.