The pension scheme of Dutch chemical company Chemours is to transfer the liabilities of its deferred members to insurer Nationale-Nederlanden in a deal worth €820m.

According to a press release from the insurance group, the number of participants concerned is around 3,000.

The pension rights of approximately 400 active members, amounting to around €300m, are not included in the transfer. They will be relocated to a general pension fund (APF). Which APF has yet to be revealed – Chemours has so far only signed a letter of intent.

Earlier this year, the pension scheme explained its reasons for splitting its active and deferred members.

“Deferred members and pensioners have fallen considerably behind in indexation,” chairman Frans van Dorsten told Dutch industry publication Pensioen Pro in April. “Active members are hardly affected. When relocating all liabilities to an insurer, you can take direct action to do something about this.” 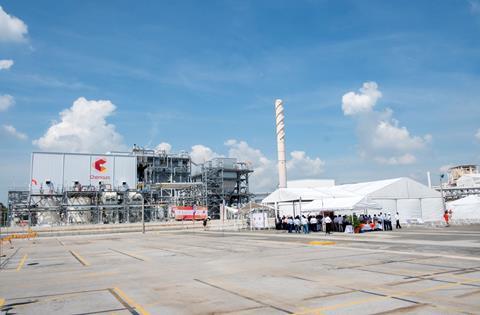 A Chemours plant in Altamira, Mexico

The intention at Nationale-Nederlanden is to grant a one-off catch-up indexation payment from 1 January 2020, plus a guaranteed annual indexation from thereon.

The scheme does not want to state the size of the intended payments yet as the board has yet to communicate the information to its members.

All transfers are planned for 1 October this year.

Chemours is a chemical plant that split off from DuPont in 2015. In the Netherlands the company is a major producer of Teflon.