Church fund to vote against entire Exxon board over climate change

Church Commissioners for England and the New York State Common Retirement Fund (NYSCRF) will vote against all board directors at oil giant ExxonMobil’s annual general meeting on 29 May.

Edward Mason, head of responsible investment at the Church of England’s £8.3bn (€9.6bn) endowment fund, said: “Exxon continues to lag its industry peers on climate change and to fail to engage properly with shareholders. We are showing our dissatisfaction in the strongest possible way by voting against the re-election of the entire board.”

The Church Commissioners and NYSCRF have also stated their intentions to back two other shareholder proposals asking Exxon’s board to create a “climate committee” to evaluate the company’s “strategic vision and responses to climate change”, and requiring the company to issue a report on its governance of, and spending on, lobbying.

However, a previous resolution filed by the two funds last December asking Exxon to disclose its emissions reduction targets has been taken off the agenda after US regulator the Securities and Exchange Commission granted the company’s request to bar it.

In addition, the two asset owners also pledged support for a shareholder proposal requiring the board chair to be an independent member of the board, rather than the company’s CEO. Darren Woods has held both roles at Exxon since 2017. The proposal was filed by the Kestrel Foundation and would be phased in for the next CEO transition if adopted. 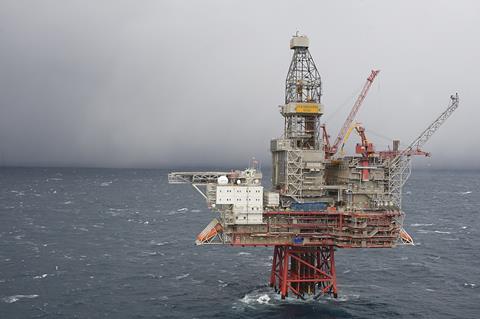 Thomas DiNapoli, New York State comptroller and NYSCRF trustee, said: “A corporate board exists as oversight of management. When the CEO serves as board chair, it not only presents an inherent conflict of roles, but is also a larger warning sign of bad corporate governance as it raises serious questions that the board may be merely a rubber stamp instead of providing genuine oversight.”

DiNapoli continued: “Exxon’s failure to demonstrate it is prepared to take steps towards the transition to a lower carbon future puts its business at risk. We encourage other investors to join us in voting to separate the roles of chair and CEO.”