Cuts to pension rights and benefits have become a realistic scenario for many Dutch pension schemes as their financial position continued to deteriorate last month.

Coverage ratios fell from 102% to 98% on average in August, according to Aon Hewitt, as interest rates dropped.

The crucial “policy funding” – the average coverage ratio over the past 12 months, and the main criterion for cuts and inflation compensation – fell to 105%, according to Aon, and to approximately 104%, according to Mercer.

However, the policy funding is expected to decline further in the coming months as higher figures from the second half of 2018 gradually disappear from the 12-month average.

Aon said that interest rates dropped by 33 basis points last month. It attributed the decline to the trade conflict between the US and China as well as the “quantitative easing policy of increasingly competing central banks”.

As a consequence of the collapse in interest rates, pension funds’ liabilities rose by more than 8% on average, according to Aon.

The current ultimate forward rate (UFR) of 2.2%, which Dutch pension funds are allowed to apply for calculating liabilities, cushioned the effect of interest rates, Aon said.

Equity markets fell during August – by 1% for developed economies and 4% for emerging markets – but pension funds’ investment portfolios gained 4% on balance during the month, Aon said.

Pension schemes that have been underfunded for a consecutive period of five years must cut payments and pension rights next year if their coverage ratios are still short of 100% at December-end.

The Dutch government recently decided to temporarily lower the minimum required funding level from 104.3% to 100%, pending the implementation of the pensions agreement signed in June.

However, the effect of the measure – which was introduced in an effort to avoid cuts – was largely undone by falling interest rates in the meantime.

In addition, the government has also agreed to lower allowed assumptions for future returns as of 1 January, which is expected to negatively affect pension funds’ recovery prospects. 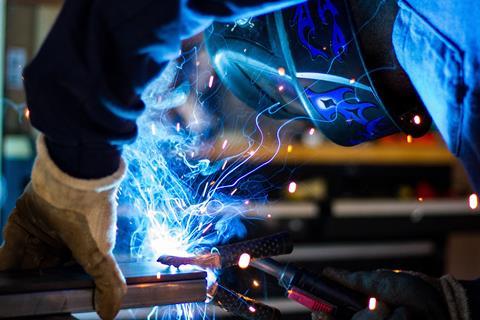 For the short term, both metal schemes PMT and PME are especially at risk of cuts, as they are likely to have been underfunded for six consecutive years in 2020.

At July-end, PMT, the €77bn sector scheme for metalworking and mechanical engineering, reported a funding ratio of 96%.

If this were to drop by 5%, the pension fund would have to cut benefits and pension rights by 9% in order to restore its funding to 100%.

One month ago, the coverage ratio of the €50bn PME, the industry-wide scheme for metal and electro-technical engineering, stood at 95.7%.

However, both pension funds have one year of additional breathing space relative to the metal schemes, as their underfunded position started one year later.

On Thursday, the Dutch parliament will debate the financial position of pension funds and looming discounts.