Comment: Time to step up action on bribery and corruption

When I first heard the phrase “legalised corruption and bribery”[1] to describe the US, I thought it very apt.

The hypocrisy of lecturing emerging markets about this huge problem – and of course there are very corrupt countries around the world – while simultaneously tolerating, even justifying, a cultural variant in the US rather stuck in my throat.

I wrote about it in 2012 and, ever hopeful, tried to stimulate mainstream action. But colleagues in the corporate governance field generally thought I was overstating the problem and largely gave this issue a rather wide berth.

To their credit, the International Corporate Governance Network (ICGN) did some work around the disclosure of political donations – including in western countries – a few years later in 2015, but the initiative lacked energy.

Other groups that one would expect to be active on such a key issue – Business for Social Responsibility, Council for Institutional Investors, and Principles of Responsible Investment – seem not to be[2] .

The silver lining in the cloud that is Donald Trump’s presidency is that he has shown how easily otherwise decent Americans have rolled over and are now a major part of the problem.

This quote from a New York Times editorial , published on Friday, says it all:

“Government ethics officials had strongly urged Mr Trump to sell off his businesses… But he refused, because under the law he is not prevented from exploiting the presidency to turn a profit, and, unlike previous presidents, he doesn’t much care how that looks. Until Americans and their elected representatives demand statutory changes, Mr Trump and his family seem determined to use his electoral success to make a buck, regardless of how shameful the spectacle.”

Put simply, Trump is getting away with it because of a rotten culture, especially – as the Economist noted last month – amongst the “craven… Republican enablers”. Presumably, they in turn believe that those who voted for them (independents too) are going to accept this corruption, or maybe even secretly like this kind of behaviour.

For those who are tempted to try the “don’t bring politics into professional life” argument, let me pre-empt that: Please get real about your values in practice and just be authentic about the trade-offs you are willing to support, actively or passively, if you want me to take what you say seriously.

So what does being authentic and being part of the solution look like? Hue Chen was the first exclusive consultant to the Fraud Section of the US Department of Justice, and author of the Fraud Section’s Evaluation of Corporate Compliance Programs document.

Here is her explanation of why she felt compelled to resign. Rather than do it quietly, she has been honourably outspoken about why she left.

Let me be clear: being authentically part of the solution doesn’t mean resigning! But those who invest in the US and who assert they can ensure appropriate oversight of investee companies in this context have a lot of explaining to do. So do their CEOs, who are largely sitting on the fence. This problem can’t be addressed at the level of corporate governance heads, corporate governance trade bodies, or professional organisations.

There are organisations doing good work on this topic. InfluenceMap and the Union of Concerned Scientists are doing good work on the issue of corporate influence on climate policy. There are academics like Harvard’s Michael Toffel also working on what investors should expect companies to do differently.

The Centre for Political Accountability covers the full spectrum of issues where corporate capture of politics is a problem, while the Committee for Economic Development takes a more systemic and preventative approach.

All of these organisations need the active support of the investors – and especially the large fund managers, which in turn means the active interest of lots of asset owners. Investors headquartered in places where bribery and corruption is less tolerated, such Canada and Scandinavia, have a particular responsibility to use their space to operate and set benchmarks for their US peers – just as, in time past, the US has done internationally.

As a consequence of the neglect shown by investors to this issue and over decades, there is a lot of ground to be made up and quickly.

Trump is a symptom of a culture that investors have enabled. To see him as an aberration that can be waited out or even excised (aka impeached), before everything then goes back to “normal”, is another big error of judgement. That’s one of the reasons why I say this is probably the number one corporate governance issue for all investors in the US, and especially those who claim to be ESG or sustainability-oriented.

What do you think? And, most importantly, how are you going to become a bigger part of the solution? 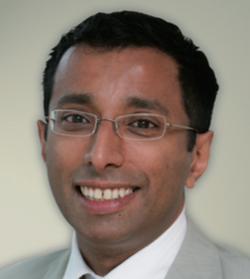 [1] The phrase seems to have been initially coined by a former chairman of Ernst Young, who was also co-chair of the Committee for Economic Development, but it is now used by many including Thomas Friedman.