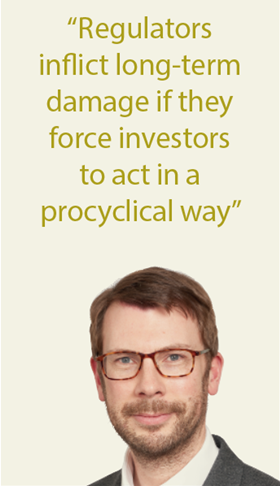 Rumsfeld’s framing of the terrorist threats in Afghanistan in the aftermath of the 9/11 attacks has entered popular philosophy, particularly where he articulated “unknown unknowns” – things he described as the “ones we don’t know we don’t know”.

And a few years later, Nassim Nicholas Taleb popularised the concept of the black swan –  things we assumed could not exist before they were discovered.

Coronaviruses are known about conceptually if not in the detail of when and how they arise, their human infection and mortality rates, and whether or not they will become pandemic. In that respect they fall somewhere on the known spectrum of Rumsfeld’s framing. They are not black swans.

In this crisis, almost every asset class and geography has been affected and both the human and economic costs are impossible to predict or model accurately. It could be compared to the aftermath of the 9/11 attacks in terms of its immediate severity or with the 2008-09 crisis at the very least in terms of the dislocations in markets it is causing.

Although the 2008-09 crisis may have had a very different cause and trajectory, it does offer some lessons regarding the way it impacted asset classes and in the way institutional investors and others responded.

Here are some of them:

•Liquidity may not be there when you need it: The last financial crisis caught some institutional investors by surprise as they faced capital calls for private equity. The rush into private markets since 2009 has meant that investors are even more heavily exposed to illiquid assets at a time when many or most DB pension funds are cashflow negative, meaning cashflow is more important. This can result in a negative feedback loop if investors are forced to sell beaten-up listed assets or even private investments when they should be using their long-term horizon to invest countercyclically.

•Regulators inflict long-term damage if they force investors to act in a procyclical way: An adherence to regulatory orthodoxy saw some regulators inflict unnecessary damage on pension funds and the wider economy after 2009 by imposing strict measures when schemes touched the lower bounds of required solvency or funding levels. The Dutch regulator, the DNB, was a key offender in this regard and wreaked damage on pension funds by restricting their ability to take risk, effectively locking in low-yielding assets and making deficits harder to escape.

•Investment committees need agility to react when assets do rebound: Those who were on their toes in 2009 were able to profit from the upswing as equity markets rebounded. They were also able to benefit from high spreads in high-yield bonds and drive hard bargains as near insolvent banks were forced to offload CLOs and other impaired assets at knockdown prices. This crisis may be very different and will affect the economy in ways that are hard to predict now. But a rebound will come and investors should, at the very least, be preparing how to react. Many pension funds were ill-equipped in 2009 and missed out on opportunities because they applied a committee mentality to investment decisions. That experience at least led to a step-change in investment delegation and decision-making, so many investors should have a better delegation set-up internally or have appointed a fiduciary manager to make decisions and profit from asset dislocations.

Things that are likely to change in the longer term:

•Some DB or hybrid pension schemes may unable to meet their liabilities in full: Changes to indexation, cuts to accrual or even cuts to pensions in payment may be necessary. In the public sector, national and local governments may have to bail some public pension funds out or impose highly unpopular tax increases to shore them up. Where DB is prevalent in the public sector it could exacerbate tensions between public and private sector workers, where those in the private sector may be effectively asked to make sacrifices to support the lifestyles of others.

•Confidence in DC savings could be irreparably damaged in the long run: It is hard to know how savers will react when they become aware of the immediate impact on their pension savings, particularly those heavily weighted to equities. In a worst-case scenario, auto-enrolment opt-out rates could increase. This crisis will probably accelerate demand for ‘sidecar’ or emergency savings schemes (which the UK’s NEST is trialling) and flexible pension contribution plans, where savers can dial down pension contribution payments to fund more immediate spending and ramp them up again when their situations normalise.

Communication will be of paramount importance in this crisis to help individuals avoid making poor long-term decisions, such as selling down assets immediately after a drawdown.

•Pension and social security systems may change for good as perceptions evolve: Reform plans in France and Germany, which foresee greater use of funded pensions, may be put on hold as misgivings about risk-based investments start to increase among politicians and social partners. There may be calls for expansion of social security pension systems if funded supplementary and workplace pensions are seen to fail. Yet demographics and the massive increase in fiscal deficits that we are likely to see in very short order will make it hard for governments to increase pensions spending. In the long term there seems little real alternative to funded pensions, even if they may be a hard sell.